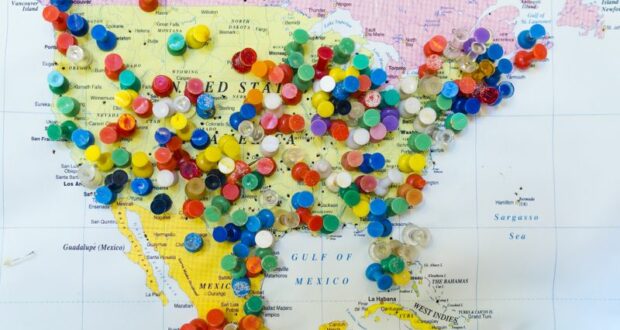 It’s not often that two distinctively opposite groups have something important in common. Especially when one group is made up of billionaires and the other ordinary working Americans.

However, according to recent data from the IRS both groups are savvy enough in realizing that high tax states like New York, New Jersey, and Connecticut are a detriment to their bottom-line.

Moreover a financial boom to low or no tax states like Florida, who are reaping the financial benefits from the massive exodus of both billionaires and middle-class Americans fleeing those states in record numbers.

With it’s newest resident, of course, being the President himself, who finally decided to walk away from the “Big Apple” for the warmth of the “Sunshine State” along with over 450,000 New Yorkers moving out of the state within the past year, according to the most recent data from the U.S. Census Bureau, which also confirmed Florida welcomed the most transplanted Americans than any other state, filling its state treasury in adjusted gross income by $16 billion dollars in 2018.

Florida’s financial gain is of course due to the fact that the state purposely avoids taxing a citizen’s income, estate tax or inheritance tax, while high tax states like New York for example taxes wage earner at a minimum 8% state income tax along with an assortment of other taxes.

Other states benefiting from the exodus are Arizona ranked second highest with a $3.5 billion increase in adjusted gross income, followed by Texas with a $3.4 billion, and both North and South Carolina.

On the flip side of the equation are the two highest taxed states in the union, New York and California, both governed by Democratic lawmakers. The “Empire State” lost almost $10 billion dollars in tax revenues as both wealthy individuals and businesses decided to exit the state in 2018.

California also lost over $8 billion in revenues, followed by New Jersey dropping about $3 billion, and Connecticut losing around $1 billion in 2018.

Fox Business recently did a survey on couples and individuals within a high wage bracket in New York earning approximately $650,000 annually in income and found that those wage earners could save nearly $70,000 annually by simply changing their zip code to a Florida address.

Individuals leaving New Jersey for Florida could save more than $58,300 annually.

In July, the President slammed Democratic New York Gov. Andrew Cuomo over the state’s high taxes and hostile business climate, saying it is “no wonder” both people and businesses were “fleeing New York in record numbers.”

The President’s net worth according to Forbes is about $3.1 billion dollars, decided to finally move out of Manhattan to Palm Beach, Florida, along with other transplanted billionaires like investor Carl Icahn headed to Miami, and billionaire hedge fund manager Leon Cooperman fleeing to Boca Raton.

The flowing is additional data regarding the growing migration of individuals moving away from high tax states.

New Jersey had the highest number of individuals leaving the state in the country, nearly 67% walked away from the Garden State. Of that 35 % left because of retirement issues, in that New Jersey is perhaps the worst state within the country for seniors to live comfortably.

Connecticut ranked third, with 62% leaving the state, with about 30% citing retirement issues, while 20% attributed their exit to quality of life issues.

New York had the fourth-most individuals fleeing in 2018. About 61.5% decided to abandon the Empire State. Look for the trend to continue well into 2020 and beyond.

Previous: The Common Health Condition That Could Be Killing Your Sex Life
Next: Democrats Underestimate Republican Senate, Again?