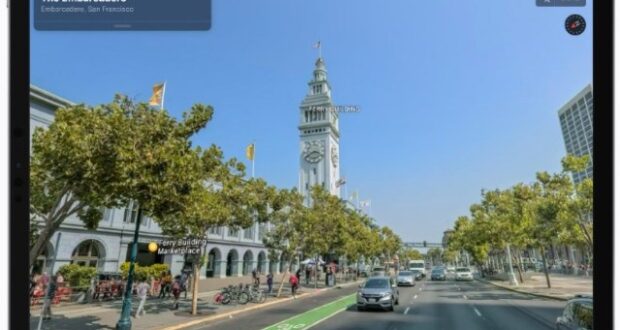 Apple Delivers New Tech For Users In The United States

A year ago, Apple announced a massive effort to remake Maps. Not just by making its own maps from the literal ground up, but by re-imagining how maps should be implemented, with privacy by design, and with features that would be truly useful not just for navigation but for trip planning, exploring, and more.

Apple started at home, in the United States, and today the company is announcing that they’ve finished re-mapping America.

We set out to create the best and most private maps app on the planet that is reflective of how people explore the world today. It is an effort we are deeply invested in and required that we rebuild the map from the ground up to reimagine how Maps enhances people’s lives — from navigating to work or school or planning an important vacation — all with privacy at its core. The completion of the new map in the United States and delivering new features like Look Around and Collections are important steps in bringing that vision to life. We look forward to bringing this new map to the rest of the world starting with Europe later this year.

My favorite aspect of the new maps remains privacy: Apple doesn’t follow you from door to door like other mapping companies do to feed real-time traffic engines, for example. Instead, it does things like segment your trip, throw away the beginning and endpoints so it has never had any idea where you’re starting or where you’re going. Then it throws away some of the in-between segments at random. When done at scale, it still gives Apple the data it needs to provide features like real-time traffic, but it doesn’t give them intrusive access into your data to do it.

You also don’t need to sign into Maps, and Maps isn’t connected to your Apple ID at all. All personalization is done on-device, so it can still provide things like departure time suggestions. It also uses random identifiers that are continually reset, including for search, routing, traffic, and more. That way Maps can be improved without your personal activity being aggregated on anyone else’s cloud.

Beyond the privacy, new features like Look Around — imagine Google’s Street View but with video-game level silky smoothness — mesh with original features like Fly Over to create what I can only call a quasi-entertainment and educational feature.

When I’ve traveled to the U.S. over the last year, I’ve spent hours exploring in Maps, following coastlines, flying through buildings, moving down streets like an FPS. It’s captivating but also controllable in a way no drone video or travel vlog could ever be.

And, with Collections, you build lists of all the places that interest you and keep on exploring them, in Maps and in the real world.

Look Around isn’t everywhere yet. It’s in New York City, the San Francisco Bay Area, Los Angeles, Las Vegas, Houston, and Oahu. But Apple will be expanding it over time. Same with the level of detail, and with timely updates as locations change and evolve.

The advantage of first-party maps is that they can be developed without having to go through third parties and the various delays and reprioritizations that can come with that.

If you’re outside the U.S., Apple’s new Maps will be coming to you in the future as well. Next up is Europe. But if you’ve been following the news, you know the Apple Maps cars have been seen all over the place.