Home » Politics » Bernie Sanders Says He Will Reveal the Truth About UFOs of Elected! 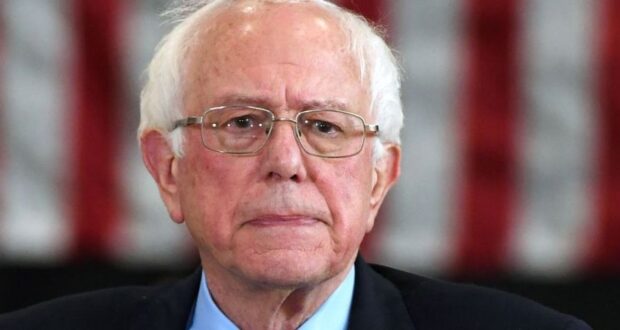 Bernie Sanders Says He Will Reveal the Truth About UFOs of Elected!

Bernie Sander has made many “pie in the sky,” campaign promises over the years, but this must be the most grandiose of all. In a recent interview, the self-described “democratic socialist” from Vermont promised to reveal any government secrets about Area 51 and UFOs, if he is elected president!

Podcast host Joe Rogan asked the senator from Vermont in the final moments of an hour-long interview last week, if he would tell the public about aliens and UFOs were he to find something out while in office.

“Well, I’ll tell you, my wife would demand that I let you know,” Sanders replied with a laugh, adding that she had pressed him in his role as senator for any information on aliens. (He said he doesn’t have access to those records.)

Sanders went on to say that if he did become president and found out anything about aliens ― he’d announce it on “The Joe Rogan Experience.”

Though this is a common question that Rogan asks his guests, it comes after a recent uptick in conversations about UFOs following a rise in reports of unidentified aircraft by military pilots earlier this year, and an admission by the Navy that some classified videos of UFOs that were inadvertently released, were “real.”

When asked about the increase in reports during an interview with ABC News in June, President Donald Trump provided little clarity on the origin of the reports.

“I think it’s probably ― I want them to think whatever they think. They do say, and I’ve seen, and I’ve read, and I’ve heard. And I did have one very brief meeting on it. But people are saying they’re seeing UFOs. Do I believe it? Not particular,” he said.

“We’re watching, and you’ll be the first to know,” he added, however.

To the disappointment of UFO watchers, Trump’s predecessor was equally vague when he was pried for information on extraterrestrials. When asked whether he’d “demanded to see all the classified files about Area 51 and UFOs” on “Jimmy Kimmel Live” in 2015, President Barack Obama deflected with jokes.

“The aliens won’t let it happen. You’d reveal all their secrets, and they exercise strict control over us,” Obama said. “I can’t reveal anything.”

Kimmel had also asked Presidents George W. Bush and Bill Clinton the same thing ― but to no avail.

Given Sanders’ pledge, UFO watchers should be interested to see what he can reveal should he succeed in making his way to the Oval Office.

What do you think? Is his vow to reveal the truth about aliens and UFO’s enough to get you to vote of Bernie Sanders?