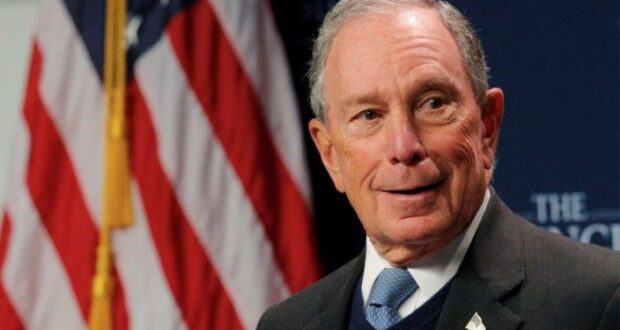 The nation is getting to see and hear for the first time, the unvarnished and unfiltered Michael Bloomberg, and what New Yorkers have long known about the 78-year-old billionaire.

In that behind that facade of righteous efficiency, lurks a man void of empathy, who’s unable or unwilling to share his feelings, and emotionally insulated by his wealth, moreover a stark contrast to that of another New Yorker billionaire…President Trump.

This latest video uncovered of then-Mayor Bloomberg back in 2011 virtually telling elderly cancer patients to drop dead, is by no means surprising.

However what is surprising is that Bloomberg would actually throw his hat into the presidential ring, knowing that this and perhaps scores of other interviews and video footage of him demeaning blacks, women, gays, seniors, and regular hard-working Americans, would come back and bite him on the ass.

This latest revelation took place when then-Mayor Bloomberg paid his respects to the Segal family at the passing of one of the city’s prominent rabbis. After issuing his condolences to the family, Bloomberg decided to speak to several news teams gathered outside the Flatbush home of Rabbi Moshe Segal.

With cameras rolling Bloomberg used the opportunity to talk about overcrowding in emergency rooms, Obamacare and a range of other issues, eventually touching on elderly care.

“They’ll fix what they can right away. If you’re bleeding, they’ll stop the bleeding. If you need an x-ray, you’re gonna have to wait,” Bloomberg said. “All of these costs keep going up. Nobody wants to pay any more money and, at the rate, we’re going, health care is going to bankrupt us.”

Then came the coup d’état, Bloomberg continued, “Not only do we have a problem but we gotta sit here and say which things we’re gonna do and which things we’re not. No one wants to do that,” he said. “If you show up with prostate cancer, you’re 95-years-olds, we should say, ‘Go and enjoy. Have nice– live a long life.’ There’s no cure and there’s nothing we can do. If you’re a young person, we should do something about it. Society’s not willing to do that, yet. So they’re gonna bankrupt us.”

Bloomberg’s cut-throat reality within the corporate world has made him a billionaire, however applying that same menacing approach as president will have serious consequences.

Perhaps we’ll get to witness for the first time within a Democratic primary debate some real heartfelt fireworks concerning the former mayor buying his way into the debate stage. Especially if one of those irate candidates should ask the 5 foot, 4 inch mogul, to explain exactly what age would he suspend treatment for someone suffering from prostate cancer?  His answer is sure to light up the internet.

Thus far Bloomberg has hidden behind well-crafted advertising promotions, with remarkably only one actual media interview since announcing his candidacy in November.

However following those slick TV spots, is a continuous stream of negative videos and audiotapes, the most recent in 2016 when Bloomberg took part in a Distinguished Speakers Series at the University of Oxford Saïd Business School.

During his speech Bloomberg apparently attempting to explain his astute business approach decided to use farming as an example, without hesitation a condescending Bloomberg began, “Anybody, even some people in this room, no offense intended, to be a farmer. It’s a process. You dig a hole, you put a seed in, put dirt on top, add water and up comes the corn,” he explained. “…you could learn that.”

Adding, “Then we had 300 years of the industrial society. You put the piece of metal on the lathe, you turn the crank in the direction of the arrow and you can have a job,” he shrugged. “And we created a lot of jobs. At one point 98% of the world worked in agriculture. Today it’s 2% of the United States.”

In the final analysis, an effective political leader needs to identify with the people he or she serves, Bloomberg suffers from the same melody as Hillary, a wretched and joyless human-being void of true compassion.

Previous: Will Democrats Allow Trump to Balance Budget?
Next: What should we do if a ‘planet-killer’ asteroid takes aim at Earth?