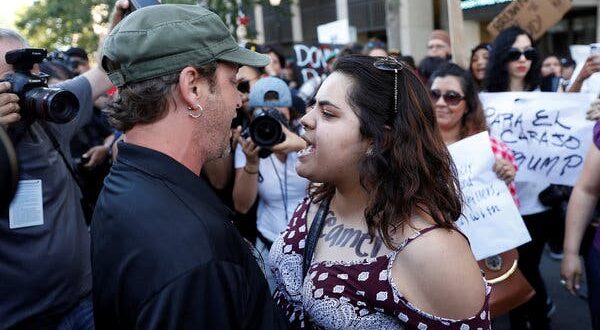 Living just south of Cincinnati, our local news is city-based which also means that it is Democratic based and very biased, just like most of the major news outlets that I often refer to as the sewagestream media due to the amount of smelly crap they report.

Since that time, the sewagestream media reports Antifa as if they are a wonderful group of crusaders when in fact they have a history of violence and using violence to stop and silence conservatives and Republicans.

Any time anyone from a conservative background attacks a minority or Democrat, they report it to show this is typical of EVERY conservative supporter of President Trump and Republicans.

What the sewagestream media is NOT reporting is when one of their own goes on a rampage against Trump supporters and Republicans.

By accident, I came across a Fox News report with Trish Regan on television that outlined some of these incidents, which included:

The report went on to blame the sewagestream media for helping to promote the violence for the way they report clips from radical socialist politicians spewing hatred towards anything and anyone trying to do what’s right for America, especially President Trump.

Among the clips shown, various Democrats made statements to the effect that anyone who supports Trump is supporting racism and hatred and supports tearing children away from their parents. Those Democrats included Hillary Clinton, Pete Buttigieg, Eric Holder and CNN host Chris Cuomo, brother of New York Governor Andrew Cuomo. Hillary stated that she puts half of Trump supporters in the basket of what she calls the ‘deplorables’.

The report showed Democrat Rep. Maxine Waters trying to incite followers into using civil disobedience to stop those who disagree with her.

When they go low, we kick them. That’s what this new Democratic Party is about.

You cannot be civil with a political party that wants to destroy what you stand for, what you care about.

The report also showed a tweet from socialist actor Alec Baldwin that read:

Tell me, Mr. Baldwin, who is the political party that has spent so much time and effort to destroy EVERY moral value that America once stood for?

It’s clear that Democrats and the sewagestream media fully support any and all violence from their supporters while they continue to speak out against everything decent and wholesome that ever existed in America. Like so many other aspects of today’s Democrats, they clearly demonstrate their hypocritic double standard of operation where they are allowed to do anything and everything, including illegal and violent actions, while they denigrate everyone who disagrees with them. They also demonstrate why they are THE most dangerous political institution in America at this time.