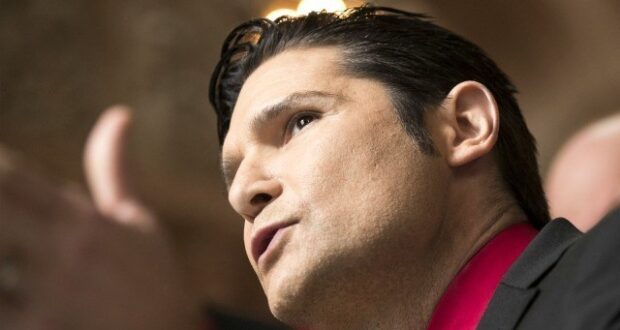 The name Cory Feldman may not be familiar to some. He is a former child actor best noted for his two outstanding roles, in two equally popular films of the 80’.

His performance in 1984 classic “The Goonies” along with Corey Haim – another popular child actor – and two years later in the 1986 blockbuster hit film “Stand By Me,” depicting a group of adventurous boys coming of age.

The troubled actor now 48 years old, has often claimed that he and child actor Haim were continually molested as young boys by entertainment industry heavyweights.

Feldman has always been reluctant to actually name, names, falling back on legal issues involving lawsuits along with receiving physical threats.

However on Tuesday in an interview with E! News Feldman once again announced that he would honor the memory of Haim – his childhood friend and fellow actor who died in 2010 of drug and alcohol abuse – saying  “the names of who did what and the details of who did what, and that’s what’s important.”

Along with his appearance on the entertainment channel, Feldman also released a trailer of a film documentary in which he self-financed and self-distributed, titled “My Truth: The Rape of 2 Coreys.”

The unconventional enterprising actor is using social media to promote and showcase his film.

The brief 1 ½ minute video clip has a pensive Feldman sitting on a couch dressed in gold shirt befitting a rocker with a loose fitted tie, giving him a casual however serious appearance.

He appears to be alone; until an unseen voice (off-camera),  breaks through the silence and asks him about an emotional and distressing 911 emergency call he placed to report an incident of sexual abuse.

Feldman seems pained by the question, he doesn’t speak, seconds pass in silence until the viewer notices a tear forming at the side of his eye, slowly rolling down his cheek, whether that moment is heartfelt or Feldman doing a superb job of acting, is anybody’s guess, however, one thing is certain, it’s effective.

Moreover, according to the pre-publicity hype, the documentary will air only once, on March 9th at 11 p.m. EST, with E-tickets going on sale February 22 for $20.

Whether Feldman will actually reveal the names of famous Hollywood pedophiles along with not so famous pedophiles is up for debate, considering Feldman’s past history of promising the same thing and failing to deliver.

Back in 2017, at the height of the #MeToo movement Feldman launched another so-called documentary dubbed at the time “crowdfunding campaign that would expose sexual predators within the Hollywood community.

“What I am proposing is a plan that can literally change the entertainment system as we know it,” he says in a promotional video. “I believe that I can also bring down, potentially, a pedophile ring that I have been aware of since I was a child. Right off the bat, I can name six names, one of them who is still very powerful today. And a story that links all the way up to a studio. It connects pedophilia to one of the major studios.”

That same year Feldman appeared on “The Dr. Oz Show and named a known child molester and a former co-star named Jon Grisson, whom Feldman referenced as Ron Crimson in his 2014 memoir “Coreyography,” which sounds suspect, in that if you can’t remember the name of the person you co-starred with and who molested you, something is terribly wrong.

This leads me to believe that misspelling the name may be a clever way to perhaps avoid a libel lawsuit from Grisson.

Los Angeles police reportedly investigated Feldman’s accusations at the time but abandoned the probe within the year, citing the expiration of the statute of limitations.

What is known is that Feldman was once a talented child actor, with a promising future until like many before him, he became addicted to drugs and booze, within a harsh industry that exploits those with stardust in their eyes…burning himself out long before his prime, looking now to make a score with his continued “almost revelations.”

Previous: Miscarriages Are Still A Mystery. A New Test Could Give Women Answers.
Next: Democrats Are Terrified Bernie Sanders Could Win The Nomination