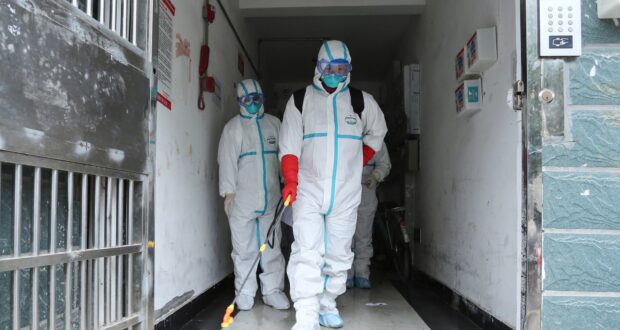 Is Coronavirus Outbreak Due to Chinese Bio-Warfare Program?

As previously reported, the recent outbreak of a deadly strain of coronavirus appears to have begun in Wuhan, China. The reports coming in from all over the world has a growing number of cases every hour. The number of victims is spreading across the globe as is the number of people being hospitalized and the number of people reported dead from the virus. A week ago, the death toll was in the teens and today it is over a hundred and climbing.

Most reports are saying that the coronavirus appears to have started in an animal market in Wuhan. Chinese officials have placed a sort of quarantine on the area, one report I saw last week said that about 100 school kids from Australia are stranded in Wuhan due to the lock down placed by the Chinese government.

The question that many are starting to ask is whether or not it is a mere coincidence that the coronavirus originated in Wuhan?

Why are they asking?

Lethal animal virus epidemic coronavirus, which has sent panic waves across the world, may have its origins at the epicentre of the epidemic, Wuhan, in a laboratory which has been linked to China”s covert biological weapons programme.

According to the report, Radio Free Asia this week rebroadcast a local Wuhan television report from 2015 showing China”s most advanced virus research laboratory known as the Wuhan Institute of Virology.

The laboratory is the only declared site in China capable of working with deadly viruses.

“Certain laboratories in the institute have probably been engaged, in terms of research and development, in Chinese (biological weapons), at least collaterally, yet not as a principal facility of the Chinese BW alignment,” Shoham told The Washington Times.

Work on biological weapons is conducted as part of a dual civilian-military research and is “definitely covert,” he said.

If the conspiracy theories are true, how did such a deadly virus escape from a secured facility or was it intentionally released by someone?

Released by accident or on purpose, what are health officials doing to stop the spread or save lives?

Reportedly, experts already have the genetic code for the deadly coronavirus, which will help them find a way to combat the virus.

Medical research officials at the US National Institute of Health are partnering with US Biotech Mederna Inc. to work on an RNA-based vaccine (Viruses are composed of RNA, not DNA). At the same time, researchers at the University of Queensland in Australia are also working on a ‘molecular clamp’ vaccine approach.

The conspiracy will be escalated if Chinese researchers come up with the vaccine or cure before anyone else does. It will be asked if they had the cure prior to the release (intentional or accidental) of the deadly virus.

If proven that China did develop this deadly strain of coronavirus, what would the world community do to hold them accountable? Look what happened with Syria used chemical weapons on its own people. Will the world be outraged? Will anyone dare take any action against the world superpower?