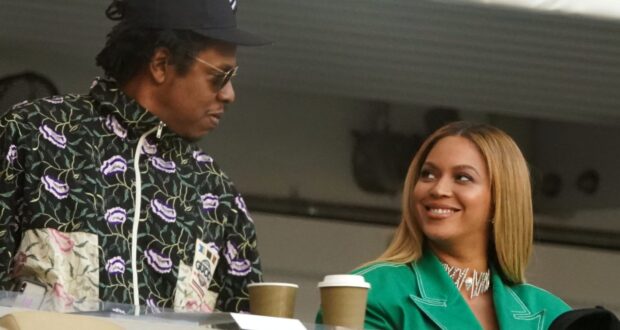 Jay-Z has a message for all those who believed he and his wife Beyoncé were engaging in a silent protest at this year’s Super Bowl: “It actually wasn’t. Sorry.”

The couple received some criticism after TMZ posted a video showing them and their 8-year-old daughter Blue Ivy sitting while Demi Lovato performed “The Star-Spangled Banner” at Super Bowl LIV.

On Tuesday TMZ posted a video of Jay-Z addressing what happened during an appearance at Columbia University in New York City.

According to the mogul, the whole thing “was not premeditated at all,” but was instead a case of him doing his job given that his Roc Nation corporation has a partnership with the NFL which includes producing the Super Bowl halftime show and other major performances.

He said his wife, who was a featured performer at the Super Bowl in 2013 and 2016, was offering him some insight about the experience and they were seated from the time Yolanda Adams sang “America the Beautiful” before Lovato sang the National Anthem.

“So, we get there, and we immediately jump into artist mode,” he said. “So, I’m looking at the show. ‘Did our mic start? Was it too low to start?’ … ‘Is it too many speakers on the floor?'”

“So, the whole time we’re sitting there and we’re talking about the performance,” he added.

He said he would never put his young daughter in the position of being part of a protest.

Instead, Jay-Z said he believed a statement was being made by the diverse halftime show which was co-headlined by Latina superstars Jennifer Lopez and Shakira and included other Latin artists as well.

“We were making the biggest, loudest protest of all,” Jay-Z said. “Given the context, I didn’t have to make a silent protest.”