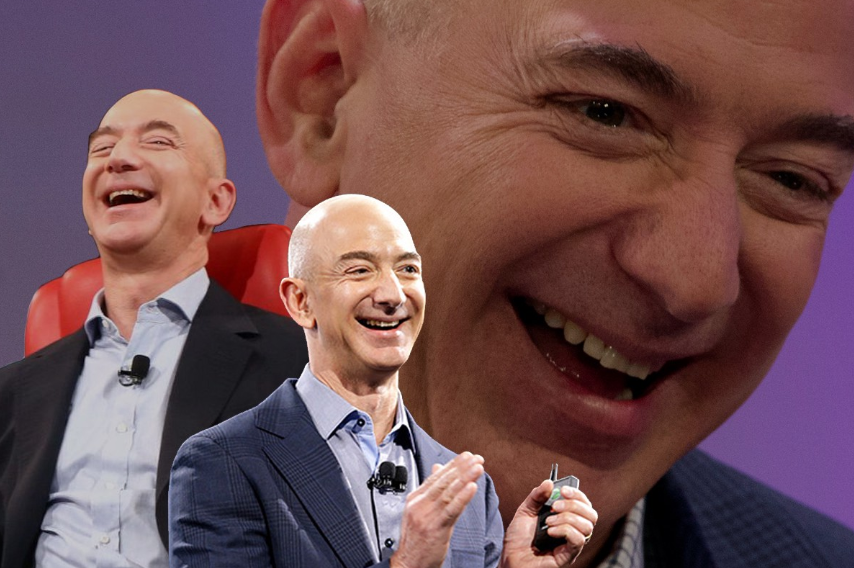 It was a good week for Jeff Bezos: The world’s richest person got even richer. The Amazon founder and CEO added around $8 billion to his fortune Friday, as the company’s stock jumped up more than 7% to close above $2,000, compared to the previous day’s close at $1,870.
On Thursday, Amazon reported earnings for the holiday quarter that blew Wall Street’s expectations out of the water, and investors responded accordingly. The company was briefly among the elite group of companies with market capitalizations above $1 trillion during Friday trading, a milestone it first hit in 2018.
Much of Bezos’ wealth is tied to Amazon stock. He owns around 57.5 million shares or about 12% of the company.
The stock’s surge this week lifted his holding in Amazon to around $115.6 billion. Bezos’ total net worth now sits at $124 billion, according to Bloomberg’s Billionaires Index.2020 is already looking up for Bezos after his finances suffered slightly last year.

The company’s stock also dipped toward the end of 2019, as the company’s investments in one-day shipping dragged down profits.

But Wall Street analysts seemed encouraged when Amazon reported earnings this week. Revenue for the three months ending in December grew $87.4 billion, up 21% from the same period in the prior year.

And the company announced that during the quarter, more people had joined its Prime membership service than ever before — bringing total subscriptions to more than 150 million — a sign that its investments in one-day shipping and other perks such as original video content have begun to pay off.

There had been concerns about the continued costs of rolling out one-day shipping, but Synovus Trust Company senior portfolio manager Dan Morgan said Thursday’s results indicate the company is “diligently managing” those expenses.

Covid Victim Thought to Be Dead Wakes Up Moments Before Cremation