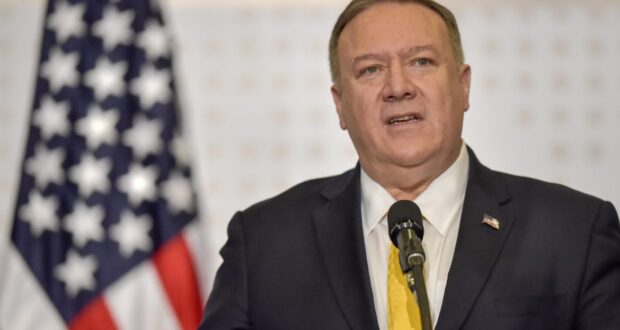 Ever since the White House and the presidency was usurped by someone who never proved he was qualified to occupy the White House, the extremely liberal and socialist mainstream media, which I usually refer to as the sewagestream media, has become more open and aggressive of their refusal to side with the truth if it helps their opponents in any way. They also openly and aggressively defended their socialist leaders when they blatantly violated the US Constitution, Congress, the courts and federal laws, and yes, I’m referring to Barack Obama and Hillary Clinton among others.

Remember when Obama refused to allow then-Attorney General Eric Holder to comply with congressional subpoenas in their investigation of Operation Fast and Furious? The sewagestream media fully supported Obama and said his actions were legal and justified. These are the very same sewagestream media that now accuse President Donald Trump of abusing his power and authority and obstructing justice for doing the exact same thing that Obama did and that they supported.

In the latest media row of liberal v. conservative is the beef between Secretary of State Mike Pompeo and NPR reporter Mary Louise Kelly, as reported:

One day after a contentious interview that was followed by an expletive-filled verbal lashing of NPR host Mary Louise Kelly, Secretary of State Mike Pompeo is publicly accusing her of lying to him — “twice.”

In a statement released by the State Department on Saturday, Pompeo says Kelly first lied “in setting up our interview.”

He does not explain how and offers no evidence. But in their recorded interview, the nation’s top diplomat declined to respond when Kelly asked whether he owed an apology to Marie Yovanovitch, the former U.S. ambassador to Ukraine. She was ousted from that post last year after allies of President Trump accused her of disloyalty.

“I agreed to come on your show today,” Pompeo replied, “to talk about Iran.”

Kelly pushed back, telling Pompeo, “I confirmed with your staff last night that I would talk about Iran and Ukraine.” She later said she specifically flagged her intention to do so in writing, noting, “I never agree to take any topics off the table.”

Pompeo asserts Kelly again lied “in agreeing to have our post-interview conversation off the record.”

That unrecorded conversation took place when the Pompeo aide who cut off the formal interview summoned Kelly to the secretary’s private living room.

Kelly told her All Things Considered co-host Ari Shapiro on Friday that Pompeo, who had walked out of the interview only after “he leaned in, glared at me,” was waiting for her in his private quarters.

“He shouted at me for about the same amount of time as the [9-minute] interview itself had lasted,” Kelly told Shapiro. “He was not happy to have been questioned about Ukraine. He asked, ‘Do you think Americans care about Ukraine?’ He used the F-word in that sentence and many others.”

Pompeo then had a pop quiz for Kelly, a veteran national security correspondent who has reported from China, Russia and, most recently, Iran…

Note that this is how NPR reported the controversy, yet when I read a number of other reports, they all pretty much read the same way, in full support of Kelly and vilifying Pompeo. I truly believe if the entire incident had been videoed and showed that Pompeo was right and Kelly did lie, the sewagestream media would still blame Pompeo and call him the liar. Such is the state of today’s media and political system – a system that is truly corrupt and broken.