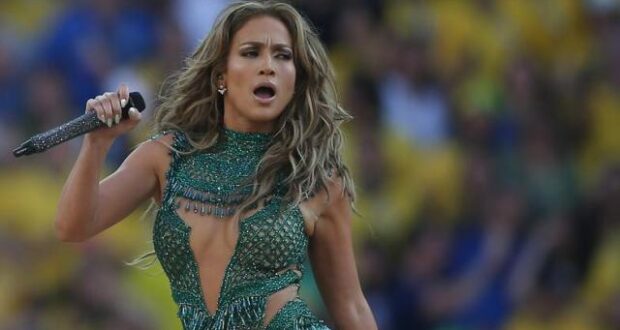 The Super Bowl halftime show was too hot for some Americans to handle.

The Federal Communications Commission fielded more than 1,300 complaints about Jennifer Lopez and Shakira’s scintillating show, according to the agency.

J.Lo and Shakira’s racy, skin-filled performance was widely hailed as a smashing success on Super Bowl Sunday, with impressed commentators calling it a heart-warming and inclusive celebration suffused with Latino flavor.

Lopez, 50, pulled out “Jenny from the Block.” Shakira’s hips never lied while she sang favorites including “Whenever, Wherever,” which promptly soared to the top of the iTunes charts.

But not all were impressed.

An Ohio minister said he intended to sue the NFL over the Feb. 2 event, claiming Lopez and Shakira, 43, were wading into pornographic territory with their outfits and gyrating dance moves. And large volumes of viewers hit the FCC with their grievances, too.

“I applaud Shakira and Jennifer Lopez for being in amazing shape and having great voices, but that show was 100% about sex,” a Virginia viewer wrote to the FCC.

Dallas-area TV news station WFAA reported on the complaints Monday, after obtaining them through a Freedom of Information Act request.

On Wednesday, the FCC declined to comment on the complaints in an email to the Daily News, but confirmed that they numbered more than 1,300.

“Pornographic,” complained an Arizona resident the night of the Super Bowl. “Should never be allowed on tv.”

Previous: Why Wouldn’t Russia Help Bernie Sanders Win in 2020?
Next: Would you tell Alexa your innermost secrets?