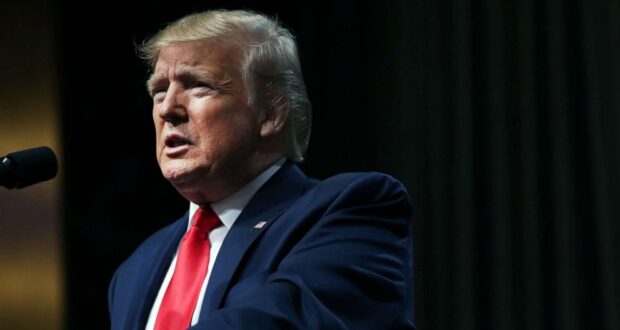 Was Impeachment by Democrats Really Attempted Assassination of Trump?

As expected, the Republican-led Senate voted to acquit President Donald Trump of the 2 impeachment charges brought to them by the Democratic-led House. Since the removal of a president via impeachment requires a two-thirds majority vote in the Senate, the outcome of the trial was pretty much a foregone conclusion. On the obstruction of justice charge, the vote was 53-47, along party lines. On the abuse of power charge, the vote was 52-48 with RINO Mitt Romney voting with Democrats.

The entire impeachment proceedings of President Trump proved one thing – not that Trump is innocent or guilty but that America’s political system is severely broken, perhaps beyond repair.

According to Article 1, Section 3, Paragraphs 5-6 of the United States Constitution:

The Senate shall have the sole Power to try all Impeachments. When sitting for that Purpose, they shall be on Oath or Affirmation. When the President of the United States is tried, the Chief Justice shall preside: And no Person shall be convicted without the Concurrence of two-thirds of the Members present.

Judgment in Cases of Impeachment shall not extend further than to removal from Office, and disqualification to hold and enjoy any Office of honor, Trust or Profit under the United States: but the Party convicted shall nevertheless be liable and subject to Indictment, Trial, Judgment, and Punishment, according to Law.

Note that there is nothing in the Constitution that states impeachment may be used to remove a president solely due to political differences between ruling parties, but that is exactly what was attempted by Democrats.

It was early in the morning on Wednesday, November 9, 2016 (Eastern Time) when it was officially declared that Donald Trump had won enough Electoral College votes to secure the White House. By lunchtime, the same day, some leading Democrats in both the House and Senate declared they would take whatever measures necessary to overturn the election and remove Trump from office. They already began to speak of impeachment, over two months before Trump was sworn into office.

There was no mention of any crime committed by Trump, only that they opposed everything that Trump stood for and had campaigned on. They had put their hopes on the Mueller investigation, but after nearly 2 years of intense scrutiny, any damaging evidence pointed to Barack Obama and members of his administration.

When that failed, they searched for another reason to try to impeach Trump, but in reality, Democrats had no legal or constitutional grounds with which to impeach Trump on, which means that their actions amounted to the same as if they had tried to assassinate the President with the direct intention of removing him from office.

In fact, every Democrat in the House and Senate should be charged and convicted for abuse of power for willfully violating the Constitution and attempting to carry out a political assassination of a sitting President solely because they disagreed with him politically.