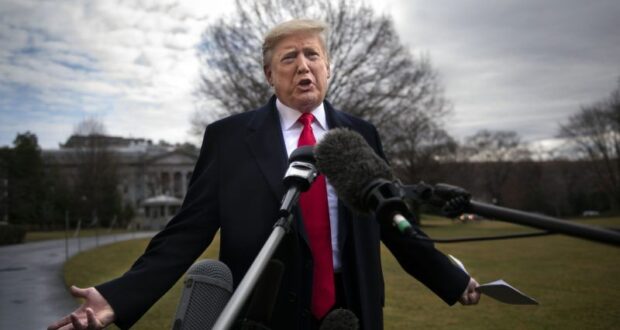 Have you ever heard the expression of ‘put up or shut up’?

I’ve heard that my whole life and have used that line to force others to either produce results or stop complaining and arguing.

It’s also an expression that needs to be used in Washington DC. If I were a Republican in Congress, I would definitely use this with House Squeaker Nancy Pelosi and House Minority Leader Chuck Schumer and even Rep. Adam Schiff, Chair of the House Intelligence Committee (truly an oxymoron). Schiff is the one who spent 2 years telling America that he had overwhelming evidence to show that Donald Trump had colluded with Russia to win the 2016 election, but NEVER produced his evidence during the duration that Special Counsel Robert Mueller held America hostage.

As for Pelosi, Fox News said it best:

In 2017, Speaker Pelosi famously cajoled House Republicans to produce a budget, warning “show me your budget, show me your values.” She was understood to mean that you can learn about someone’s deepest convictions judging the way in which they spend their money.

Ironically, she and her party never produced a budget when they regained control of the House in 2019. One could presume they failed to “show” their “values” because the values held by the radical leftwing of the Democrat Party today would terrify voters.

In fact, if I remember correctly, when the Democrats controlled both the House and Senate under the tyranny of Barack Obama, they failed to provide a workable budget for most of those years.

So, now we come to President Donald Trump. Much to the dismay of Pelosi, last week, Trump unveiled a budget that he claims would put federal ledger back in the black in just 15 years. Part of his budget plan would result in a deficit savings of $4.6 trillion in just 10 years.

The question is, ‘how will Democrats respond to Trump’s budget?’

One thing is sure, Trump’s budget is NOT the usual Washington business as usual plan and this is sure to rankle the hackle on many a Democrat and even some of the RINO’s in Washington. For too long, they have been used to running the country as if they had a blank check book, but that is not the way of things in Trump’s budget plan. Instead of careless and wanton spending, Trump’s plan calls for a number of major budget cuts throughout the federal government. One of those cuts calls for a 26% cut to the budget of the Environment Protection Agency. Many farmers, especially those in Indiana and other Midwest and Central states, should be very happy to see these cuts as the Democrat led EPA was their worst enemy.

Another wise aspect of Trump’s budget plan would end the end-year spending spree that has plagued Washington and even many businesses. It’s been a common practice for any department or agency who has not spent their allotted budget by the end of the fiscal year to go on a spending spree to make sure they use all of their money. Trump’s plan would force this not spent budget money to remain unspent, thus helping to reduce the deficit.

Did you know that there are less than 50 people in the US that are 112 years old or older and yet, the Social Security Administration still has 5,999,960 active Social Security numbers for people 112 and older? Cleaning up those active numbers will also save a bunch of money.

While Trump’s budget plan does contain many cuts, it does call for the funding to build 1,000 miles of the border wall and provide 13% more spending on our military veterans. Democrats are sure to balk at the spending on the border wall and if you recall, under Obama, Democrats made a number of budget and benefit cuts for our military and veterans. I’ve spoken to many active and former members of the military and they all say that Democrats acted like they despised the military.

If for no other reason, Democrats will fight against Trump’s plan to balance the budget in just 15 years simply because it is Trump’s plan. If you recall, the very day it was announced that Trump won the election, many Democrats boldly announced that they would oppose and work to block everything Trump planned to do, just because of who he is. This proves that Democrats have and continue to care little to nothing about the American people or what\’s best for the country.

Finally, Democrats have continued to criticize Trump as a failed businessman and yet he is the first president in years to actually offer a workable budget plan to balance the budget.