Home » Politics » Will Seniors be Able to Survive a 2020 Democratic Victory? 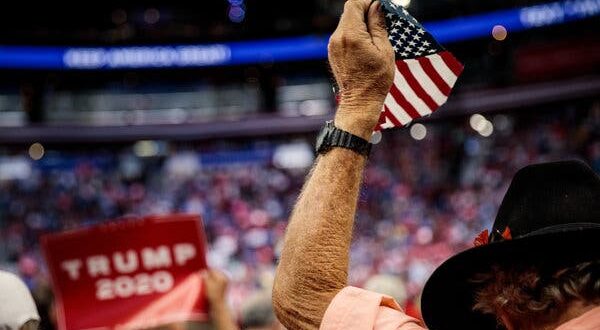 Will Seniors be Able to Survive a 2020 Democratic Victory?

Democrats running in the 2020 elections, both federal and state, are using an age-old ploy of promising everything possible to voters in hopes that they will be gullible enough to believe them. Over the centuries, this lying ploy has worked far too many times and each time it works, the voters who fell for the bait are the ones who ended up paying the price for the lies.

This year, Democrats are promising free healthcare, free tuition and more. Some Democratic candidates are promising a guaranteed income for millions of low-income families. Then when asked how they intend to pay for all of these free things and the guaranteed incomes, they say they will get the money from corporations and from the wealthy and then may have to raise taxes, but only if necessary.

Don’t forget that they all promise to undo the Trump’s tax cuts, will automatically raise taxes for everyone and end up costing millions of jobs and the loss of homes and more.

But how will all of this impact seniors? After all, couldn’t seniors use free healthcare, including pre-existing conditions?

Let’s start with what Obamacare did for many seniors. At the advent of the implementation of Obamacare, I wrote that it was the healthcare of death for many seniors and those with serious illnesses and conditions. To begin with, Obamacare established strict guidelines for the treatment of many illnesses and health conditions and according to what a number of doctors have written and shared with me, those restrictions will end up killing many older folks by limiting what doctors can do.

Obamacare also changed the tiered prescription coverage, placing many vitally needed prescriptions in the highest tier of not covered at all. That meant that the price of some prescriptions that many seniors need to survive would be priced so high that they can’t afford them. That means that more seniors and those with certain conditions and illnesses would die sooner, thanks to socialist healthcare.

This is the same healthcare that many Democrats are promising for America if they gain control of the nation.

Barack Obama and Democrats promised not to raise taxes and yet there were about 20 different taxes hidden within the over 2000 pages of the Affordable Care Act. Many of those taxes were placed on medical devices that many seniors rely on. The taxes were placed on the manufacturers who in turn are forced to pass the cost of the taxes on to those who purchase the medical devices. Yes, many of these devices are covered by insurance, but then insurance companies were forced to raise their premiums to cover the costs.

Democrats also want to open up the borders and continue to give away billions of dollars’ worth of benefits to illegal aliens.

The bottom line is the free healthcare will cost seniors many dollars in taxes, that is, those who survive the socialist hierarchy of socialist healthcare. They will also be on the hook to help pay for the free tuition for everyone. Imagine the financial hardship that millions of seniors will face if Democrats win in 2020. Also, imagine how many won’t survive long enough to face the financial hardships created by the Democrats.