Home » Love & Life » America Is On Lock Down – What Happens Now? 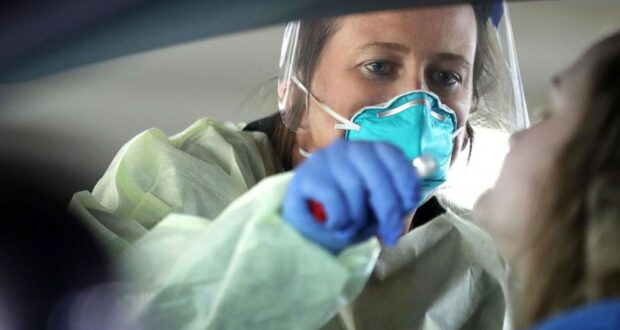 America Is On Lock Down – What Happens Now?

From the “great white way” of New York City to the fabled “walk of fame” along Hollywood Boulevard, America is on lockdown!

The eerie almost surreal images flashing across our TV screens of an almost deserted Times Square – the “city that never sleeps” is a reminder of how quickly our lives have been disrupted, gripping us with fear and anxiety of what might come next.

Tourist attractions, movie theaters, hotels, restaurants and night clubs are all shutting down. Walt Disney World Resorts in Orlando, Florida, announced over the weekend they were following federal emergency guidance and temporarily closing down their operation through March 31st and perhaps beyond, depending on circumstances.

The pandemic has also claimed the NCAA’s annual basketball tournament dubbed “March Madness.” The announcement was followed with an official statement from the league stating “the decision is based on the evolving COVID-19 public health threat and our ability to ensure the events do not contribute to spread of the pandemic.”

Another event that is closely being monitored is the WWE’s “WrestleMania 36” scheduled for April 5th at the Raymond James Stadium in Tampa, Florida. The weeklong sports/entertainment extravaganza usually begins about a week before the actual wrestling event, which is estimated to draw anywhere from 70,000 fans attending the event, and another 10,000 or so attending other venues surrounding the Sunday show.

A statement released by WWE officials over the weekend announced, “While we remain committed to hosting WrestleMania at Raymond James Stadium on Sunday, April 5th, we are putting contingency plans in place in the event that it is canceled by government officials, civil authorities and/or local venues,” however the WWE is under intense pressure to cancel the event.

While over in “bean-town” the world’s most acclaimed footrace the Boston Marathon has also been put on hold, rescheduling its celebrated marathon from April 20th to September 14th.

Boston Mayor Marty Walsh announced the decision stating “We’ve shown before that whatever the challenge to our marathon and to our city, we are Boston Strong,” he said. “The marathon is Boston. It connects us. It reflects us. It brings out our community spirit and our resiliency.”

Another sporting event pulling the plug suspending its season until the end of April, is NASCAR and IndyCar, with NASCA calling off Sunday’s race at Atlanta Motor Speedway and also next weekend’s events at Homestead-Miami Speedway.

As for “America’s pastime” opening day has been postponed for at least two weeks, while spring training season in Florida and Arizona has been canceled.

Cleveland Indians President Chris Antonetti said. “We don’t have a playbook for this.”

Adding, “We are learning on the fly. We are taking the approach that we will continue to prioritize the health and wellness of our players, our staff, their families, everyone at the complex, everyone throughout the organization. That is evolving day to day.”

At a noontime press conference, the three governors in a joint statement issued this decree throughout the tri-state area.

“Our primary goal right now is to slow the spread of this virus so that the wave of new infections doesn’t crash our health care system, and everyone agrees social distancing is the best way to do that,” New York Gov. Andrew Cuomo said in a statement. “This is not a war that can be won alone, which is why New York is partnering with our neighboring states to implement a uniform standard that not only keeps our people safe but also prevents ‘state shopping’ where residents of one state travel to another and vice versa.”

The governors by declaring a collective “state-of-emergency” have the authority to shut down any and all private establishments, their aim is to limit crowds to a maximum of 50 people or less, look for New York’s subway system to be greatly curtailed within the coming days.

Previous: Harvey Weinstein Sentenced 23 Years – Here’s What He Has To Say
Next: Employees Describe Working Conditions as Coronavirus Panic Heightens