Home » Love & Life » Americans Are More “Pro-Life” Than They Think They Are! 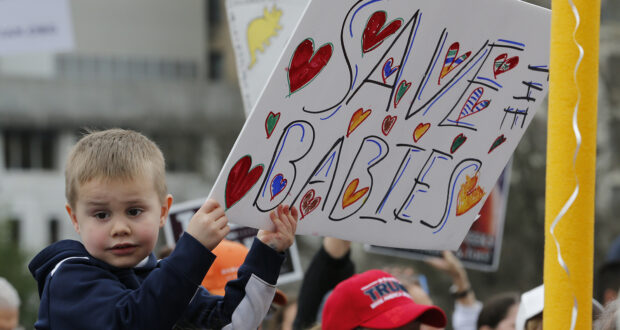 Americans Are More “Pro-Life” Than They Think They Are!

America as a whole is more pro-life than the lefties would have you believe. In fact, I would say that most Americans are actually more “pro-life” than they think they are.

The numbers show that recent efforts to strip all legal protections for unborn babies, such as a law signed by New York Gov. Andrew Cuomo that allows abortions up until birth in that state, do not represent the views of most Americans.

“This survey vividly reveals both the American people’s commonsense appreciation for the sanctity of life and the widespread horror, even among self-identified ‘pro-choice’ Americans, of new laws like New York’s that effectively allow abortion up until the moment of delivery,” AUL President Catherine Glenn Foster said.

“Planned Parenthood and elected officials like Gov. Cuomo who support abortions up to the point of birth are out of step with not only their supposed core constituents, but also our country’s essential tenets of life, liberty, and the opportunity to pursue happiness.”

A similar poll, also from last year, by the Marist Institute for Public Opinion showed that in the last 11 years, Americans have inched toward a pro-abortion position but still favor at least some protections for the unborn.

Andrew Walther, a spokesman for Knights of Columbus, the Catholic service organization that sponsored the poll, told Christian values website, World, that the results challenge the meaning of the term “pro-choice.”

“About 6 in 10 people who are identified as ‘pro-choice’ are supportive of restrictions on abortion,” he said. “I think that all of that shows that this issue is much more nuanced than simply reducing it to the number of Americans that identify with one of two labels.”

The Marist poll found that 85 percent of Americans favor protecting the unborn in some way. Forty-two percent of people who identify as “pro-choice” think abortion should be allowed only during the first three months of pregnancy. Most Americans also oppose taxpayer funding of abortion abroad (75 percent) and at home (54 percent), and 62 percent said babies should not be aborted based on a Down syndrome diagnosis.

Another recent poll of millennials revealed similar results among 18- to 34-year-olds. Only 7 percent of millennials agreed that abortion should be “allowed without exception and funded by tax dollars,” a poll by Students for Life of America found. Compared to 75 percent of all Americans in the Marist poll, 70 percent of millennials supported some limits on abortion, including protecting the unborn after five months of pregnancy and requiring parental notification for minors to have abortions.