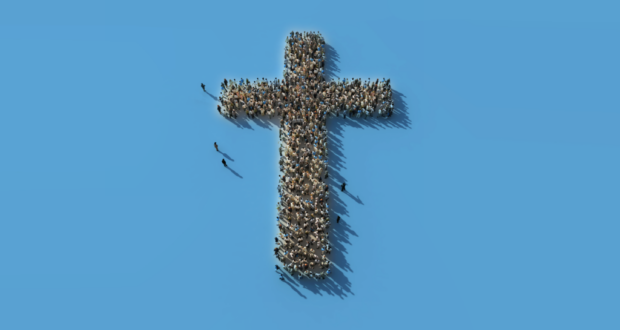 It would appear that Rep. Alexandria Ocasio-Cortez has suddenly become “born-again” –  misquoting scripture to comport with her own skewed progressive views, regarding LGBT rights and transgender men.

The incident occurred last week when AOC delivered an entertaining parody disguised as a solemn Christian sermon, concerning the LGBT community. The speech by the 30-year-old Bronx Democratic/Socialist began in a heartfelt and dignified manner until the freshmen politician began introducing her own interpretation of the gospel, suggesting that somewhere in scripture Jesus proclaimed that transgender men are both “sacred” and “holy.”

Her eyebrow-raising comments were delivered during a Democratic House Oversight Committee hearing called “The Administration’s Religious Liberty Assault on LGBTQ Rights.” In which the brash Congresswoman from New York’s 14th district, vilified Republicans who defend a biblical understanding of gender, to “white supremacists” then doubling down accusing GOP lawmakers of “weaponizing and abusing Scripture” in the same way as defenders of slavery and segregation once did.

“It’s very difficult to sit here and listen to arguments in the long history of this country of using scripture and weaponizing and abusing Scripture to justify bigotry,” she said. “White supremacists have done it, those who justified slavery did it, those who fought against integration did it, and we’re seeing it today.”

The first-term legislator then began to suddenly quote scripture, conflating the biblical record, while taking Jesus’ words, out of context.

“And sometimes, especially in this body, I feel as though if Christ himself walked through these doors, and said what he said thousands of years ago, that we should love our neighbor and our enemy, that we should welcome the stranger, fight for the least of us, that it is easier for a camel to go through the eye of a needle than for a rich man to get into a kingdom of heaven, he would be maligned as a radical and rejected from these doors,” she said.

Nevertheless, the upstart freshmen politician then began to actually lecture her colleagues on the true nature of the Christian faith as she sees it. Mind you this is the same person that endorsed Democratic/Socialist Bernie Sanders, who continuously praises Fidel Castro, who was antagonistic toward religion, even banning religion altogether in Cuba and officially declaring it an “atheist state,” at the height of the Cuban Revolution. The murderous dictator born a Catholic was then excommunicated from the Church.

However, that doesn’t seem to bother AOC giving lip service to her faith saying; “And I know, and it is part of my faith that all people are holy and all people are sacred, unconditionally. We love all people.”

Pivoting to policy, she added: “There’s nothing holy about writing discrimination into the law. And I am tired of communities of faith being weaponized and being mischaracterized because the only time religious freedom is invoked is in the name of bigotry and discrimination.”

It’s astounding how progressive politicians like AOC, Biden, and others use their Christian faith as a political platform in support of gays, lesbians, and transgender individuals, while also supporting the murder of innocent babies within a mothers womb…

Previous: Could Black & Hispanic Americans Re-Elect Trump?
Next: Americans Are More “Pro-Life” Than They Think They Are!