Home » Politics » Is China’s Plan to Destroy World Economy With Coronavirus Backfiring On Them? 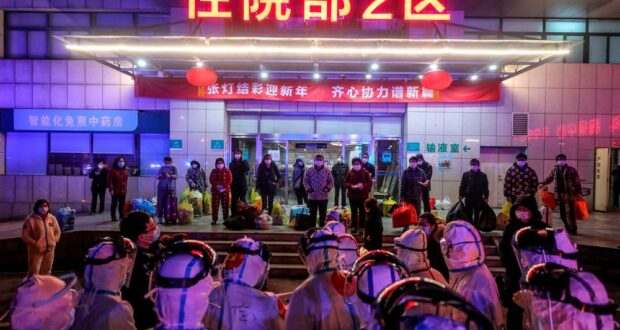 Is China’s Plan to Destroy World Economy With Coronavirus Backfiring On Them?

A month ago, I wrote asking if China could have intentionally released the coronavirus with the intention of destroying the world economy. I pointed out that the economic collapse would start with the devastating impact the coronavirus would have with the worldwide tourist industry. This would ripple down to cruise lines and airlines and all of the many industries that support them. This would also have a huge impact on tourism in general and many locations around the world that rely on the income from tourism would suffer. In time, it would have a domino effect on virtually all economic sectors except the medical sector which, unfortunately, could see an economic boom at the cost many lives.

What better way to defeat one’s superpower enemies, like the United States, than to destroy our economy and the economy of our allies?

A month later, we have seen many cities and countries imposing strict travel guidelines. Some have gone as far as to block all travel in or out of certain cities. The World Health Organization has finally declared the highest level worldwide health alert they can impose.

Many airlines and cruise lines are also hurting. I’ve heard from a growing number of people who have had trips abroad cancelled either by the agencies they booked through or they cancelled them themselves for fear of the coronavirus.

This past week has seen the Dow Jones index taking a big hit, the worse in the past few years and it’s all being blamed on the coronavirus.

Japan has been spending millions in preparation of this year’s Summer Olympics, but the fate of these Olympics is being highly questioned. As expected, more and more athletes are wondering if the glory outweighs the risk presented by the coronavirus. Additionally, attendance at the Summer Olympics is certain to be much lower than expected, which will leave Japan in financial straits considering their investment in the games.

There is no doubt that the coronavirus is doing exactly what I predicted it would do a month ago, but I’ve seen some reports that indicate that China’s economy is taking the largest hit of all. It’s important to realize that China has the second largest economy in the world and if their economy collapses, it will directly impact the economies of many other countries including the United States. How could it impact the United States? China owns more US debt than any other nation, at a total of about $1.11 trillion. If China’s economy fails, they could call in the US debt they own and that would not be a good thing.

But, is China’s economy really suffering from the coronavirus?

Therefore, if China did release the coronavirus to destroy the world’s economy, it could be well backfiring on them as it is currently hitting them the hardest.