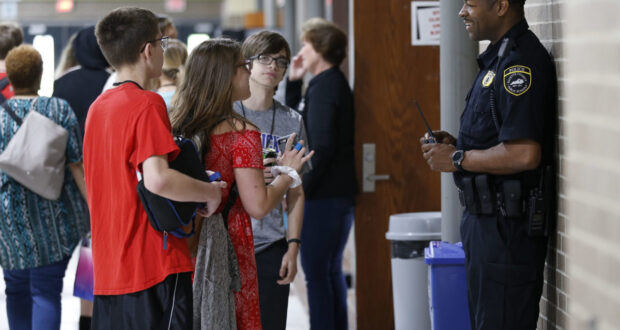 When the US Supreme Court removed the moral values of our nation from public schools and government in the mid-1960s, they opened the door to the societal decay we see in America today. There is a law in science that states that a vacuum cannot exist in an open system and that’s true for a country’s moral foundations. When those moral foundations are removed, other foundations move in to fill the void.

Here in America, those new foundations are those of liberalism, hedonism and socialism. If you doubt me, look at the crime statistics in America over the years and you will see that they began to rise faster and faster after the mid-1960s when the moral foundations were removed and replaced with less than moral foundations.

The results of the moral foundational changes in America are the destruction of the family unit, same sex marriage, the rise of preferential treatment of sexual perversion also known as the LGBT movement, increased religious and racial divisions and intolerance and an increase in violent crime and suicide.

With the new looser immoral societal foundations permeating through America, we have seen a rash of school shootings, carried out by students who just don’t have any hope or future and who are taught that they don’t have anyone or anything to answer to and that it’s all about them.

Most people understand the concept that the best defense is a strong offense. That’s true for military powers. It’s what protects America, Russia, China and other major powerful nations. That’s also true for major and successful law enforcement agencies. It’s why so many politicians, major CEOs and celebrities hire armed security details.

When it comes to school shootings and protecting students, there is a marked difference in views between Democrats and Republicans.

Democrats firmly believe that the solution to stopping school shootings is to pass a multitude of strict anti-Second Amendment gun control laws or to just ban all private gun ownership. They have this unrealistic idea that if law-abiding citizens are not allowed to own a firearm that criminals or those with criminal intent will not be able to obtain and use them. That idea didn’t work with alcohol during Prohibition and it isn’t working today with illegal drugs. It also hasn’t been working in gun free zones such as schools, stores and nightclubs. In fact, the vast majority of school and mass shootings have taken place in gun free zones.

Republicans understand that the best defense is a strong defense. Some states like Ohio passed laws that allow teachers and school personnel to be properly trained and armed in the classroom.

In neighboring Kentucky, laws were passed to place law enforcement and other security personnel on most school campuses, but there was a major flaw in those laws – it did not mandate that these security personnel be armed in order to thwart an active shooter.

This past week, Kentucky lawmakers fixed that flaw by passing a school safety law that requires every law enforcement officer assigned to a public school to be armed. Naturally, the vote was clearly divided along party lines, with the Republican majority passing the bill, which was introduced in response to a school shooting in Marshall County in January 2018.

The real surprise is that Kentucky’s new governor, Andy Beshear, a staunch Democrat did sign the bill into law. As a resident of Kentucky, I fully expected Beshear to veto the bill or leave the bill unsigned and dead.

Personally, I fully support this law and believe it is still necessary to train and arm teachers and faculty in EVERY school building. Many schools have more than one building and by the time an armed person can respond to a shooting in another building, it will be too late for students and teachers. However, if at least two or more teachers and faculty in every building are armed, they will be more likely to end an active shooting if one takes place. However, knowing there are armed staff in every building will be enough to thwart most crazies who insist on carrying out their carnage on their fellow students.