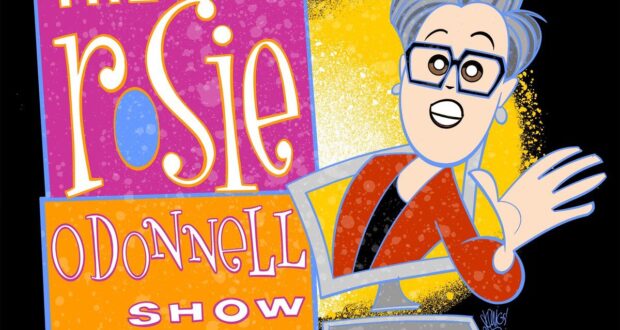 The Rosie O’Donnell Show returned for its one-night-only special on Sunday, and the event was an enormously star-studded affair, all through the digital magic of video conferencing.

The grand event was a live-streaming fundraiser dedicated to raising money for The Actors Fund amid the on-going coronavirus pandemic. To help the cause, O’Donnell enlisted the help of dozens of her friends and big Broadway stars who joined the show via video chat to talk about how they’ve been holding up in self-isolation, and a few even performed live.

The relatably informal affair gave fans a look at how some ‘big name’ stars are living life while stuck at home during the widespread COVID-19 outbreak — sweatpants, pajama shirts, at-home cooking and all.

One of the most inspiring moments came early during the 3-and-a-half-hour special when O’Donnell was joined by singer-songwriter Gloria Estefan, who performed a track she wrote years ago called “Always Tomorrow.”

The singer also shared her wish for the future, explaining, “There’s a lot of things we can do to make this world a better place and hopefully we do that when this is over and not just keep going like nothing is happening… We’re going to come out of the dark soon.”

Neil Patrick Harris also shared a sweet moment when he joined the special accompanied by his two children — 9-year-old twins Harper and Gideon.

When asked how it’s going at home, the twins said, “Lot of screens, lots of ’em.”

“Don’t listen to him,” Gideon quipped, shaking his head.

Like everyone else in America, celebs are doing whatever they can to stay sane while self-isolating. For Sarah Jessica Parker and Matthew Broderick — who appeared together on the special — that means a lot of normal household work to keep things normal.

“We’re doing a lot of cooking and laundry,” the pair explained.

With the coronavirus outbreak sweeping across the country, state and local governments have been implementing social distancing regulations designed to slow down the spread of the illness.

These new protocols have led to the closure of most public events and locations including all of Broadway. Every Broadway performance has been cancelled until at least April 13, at the earliest, leaving thousands of actors, stage hands and back-office employees out of work on leave for at least the next few weeks.

According to O’Donnell, everyone’s efforts did not go to waste. The host took to Twitter after the special ended to reveal how successful the special had been.

“1/2 a million dollars for the actors fund,” O’Donnell tweeted. “Thank u everyone #TROS.”