Home » Politics » Trump Gets Polling Boost – Will It Last? 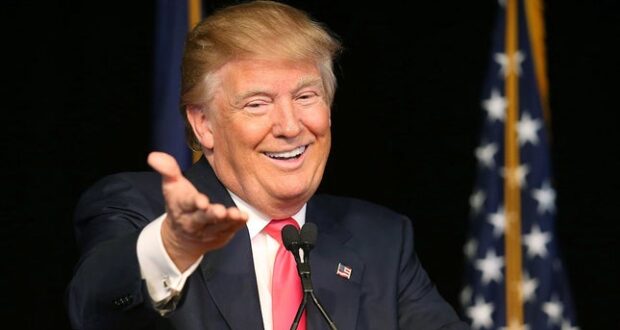 Trump Gets Polling Boost – Will It Last?

President Trump is getting a bump in the polls over his recent handling of the coronavirus pandemic but analysts warn that the uptick does not yet represent a meaningful shift in support behind the president.

Together, the polls indicate that voters have been encouraged by the president’s new tone and aggressive posture in dealing with the health and economic crises facing the country after a widely-panned Oval Office address this month.

“Presidents tend to get a bump in wartime as Americans rally around the flag, so it would be no surprise that in a time of crisis the president’s approval rating took a turn in a more positive direction,” said Tim Malloy, the polling director for Quinnipiac University.

However, experts also note that the data is limited. The U.S. is facing a potential long-term long health crisis and likely economic recession, which could completely alter the political landscape in the weeks and months before the November general election.

At the moment, only the Harris Poll shows Trump’s overall job approval rating over the 50 percent mark.

That bump has not been reflected in polling averages, such as FiveThirtyEight’s job rating aggregator, where Trump’s approval is at 43 percent. Several other surveys conducted over the past few days have put the president in the 46-47 percent range.

“Looking at poll averages, there is no clear impact on Trump’s overall approval rating and that’s what’s most politically relevant,” said Mark Mellmann, a Democratic pollster. “We aren’t seeing the kind of rally around the president effect, that we see in cases of international crisis. That’s measured by the overall approval rating.”

Still, the new surveys are a positive sign for the president, whose response to the pandemic has been widely criticized in Washington, including by former Vice President Joe Biden, the likely Democratic presidential nominee.

A new ABC News-Ipsos survey found that 55 percent of Americans approve of the president’s management of the crisis, compared to 43 percent who disapprove. That’s a near mirror-image flip from the same poll last week, when 43 percent said they approved and 55 percent disapproved.

Voter attitudes broke largely along party lines, with 86 percent of Republicans approving and 30 percent of Democrats saying they approve. But Trump’s numbers among Democrats have doubled over last week.

After initially downplaying the threat of the virus, the president has been holding daily press conferences from the White House briefing room that have been broadcast live by news outlets.

There, Trump has been surrounded by top administration officials and experts, including Vice President Mike Pence, Dr. Anthony Fauci, the director of the National Institute of Allergy and Infectious Diseases, and Dr. Deborah Birx, the coronavirus task force coordinator.

That increase in transparency has coincided with big moves by the White House and Congress aimed both at curbing the spread of the virus and stabilizing the economy.

On Friday, Trump said he’d lean on emergency war powers to accelerate the production of medical supplies to fight the pandemic.

There have been new moves by the Federal Reserve and the Treasury Department to inject new liquidity and lines of credit into the private sector on a near daily basis.

Senate Majority Leader Mitch McConnell (R-Ky.) unveiled a new economic relief package on Thursday, the third of its kind, in an effort to keep the nation from spiraling into a deep recession.

Those efforts have earned Trump praise from surprising places, including from New York Gov. Andrew Cuomo (D), who called the president “fully engaged” and thanked him for being “very creative and very energetic” in seeking solutions.

“He set a new tone for his presidency – the one people had been looking for and for the first time some Democrats are giving him approval which in the previous partisan atmosphere they were unwilling to do,” said Mark Penn, the co-director of the Harvard CAPS/Harris Poll. “That’s why his numbers are increasing.”

Those dual surveys found Trump’s overall job approval rising from 49 percent to 53 percent. The president’s approval on his handling of COVID-19 bumped up from 51 percent to 56 percent in that time.

However, there are some glaring weaknesses for the president in the polling data.

For instance, 61 percent said the president can be trusted on the coronavirus. That figure is lower than it is for doctors and nurses (92 percent), medical journals (86 percent), local government (77 percent), local media (74 percent), friends and family (72 percent), or the national media (65 percent).

And a survey by the American Research Group released Friday broke sharply with the other polls, finding Trump’s job approval rating at only 35 percent. Forty-one percent said they approve of Trump’s handling of the coronavirus outbreak, compared to 55 percent who said they disapprove.

Trump has been criticized for spending his briefings clashing with the press, including a heated exchange with an NBC reporter, or for making claims that are sometimes at odds with what his own health experts are saying.

“There is evidence that people increasingly approve of Trump’s handling of the crisis, but this is something of a comparative judgement,” said Mellmann. “When he was doing nothing and appearing to discount the whole pandemic, he was awful. He’s now better than that.”

Previous: The Unsolved Mystery of the ‘Toxic Woman’
Next: ‘Rosie O’Donnell Show’ Returns for One-Night Special