Home » Safety & Security » Which Celebrities, Athletes and Public Figures have been Diagnosed with Coronavirus? 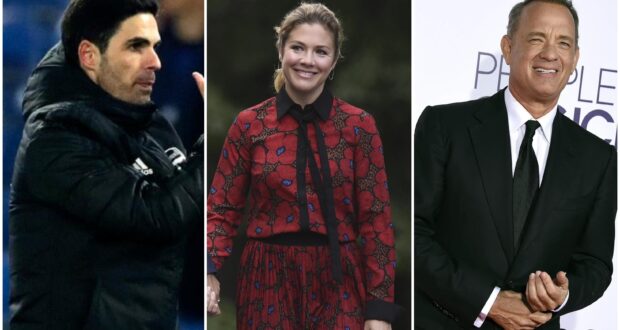 Which Celebrities, Athletes and Public Figures have been Diagnosed with Coronavirus?

The coronavirus has spread to 123 countries, with more than 135,400 confirmed cases and over 5,000 related deaths as of Friday afternoon.

Now a pandemic, the virus has become so widespread, not even famous faces are immune to COVID-19, which has forced the closure of Broadway shows, countless TV and movie productions, gatherings and live shows.

Celebrity power couple Tom Hanks and Rita Wilson were the first well-known figures to announce they were diagnosed during a trip to Australia, where they are now quarantined. The scale of the coronavirus, unfortunately, has led to more public figures revealing their positive coronavirus diagnoses as the world grapples to contain the spread of the deadly virus. Others, like Emily Ratajkowski, Orlando Bloom and Charles Barkley, have publicly announced they are self-isolating as a precaution, while some like Naomi Campbell in her extreme hazmat suit, are sharing hygiene advice amid the pandemic.

Here’s a growling list of the A-listers, athletes and prominent figures with confirmed cases. This list will be updated as more announcements are made, although The Post sincerely hopes no one else falls victim to the coronavirus.

The actor and actress, both 63, were in Australia when their tests came back positive with the virus, they said Wednesday. The couple gave an update Thursday on their health, and their sons Chet, 29, and Colin, 42, also reassured fans that the two didn’t seem to have severe symptoms. True to form, Hanks made light of the scary situation by quoting his infamous “A League of Their Own” character.

“We have Covid-19 and are in isolation so we do not spread it to anyone else,” he wrote on Instagram. “There are those for whom it could lead to a very serious illness. We are taking it one-day-at-a-time. There are things we can all do to get through this by following the advice of experts and taking care of ourselves and each other, no? Remember, despite all the current events, there is no crying in baseball. Hanx.”

The 25-year-old Juventus player was the first Serie A diagnosis. His teammate, Cristiano Ronaldo, is in quarantine but has not tested positive for the virus.

The 27-year-old NBA star from the Utah Jazz was roundly criticized for carelessly touching microphones during a press conference before his diagnosis.

The 37-year-old Arsenal manager was the first Premier League diagnosis.

The 19-year-old Premier League winger for Chelsea announced the diagnosis on Friday.

The Juventus player, 26, announced his diagnosis on Friday.

Matthew Broderick’s sister, Rev. Janet Broderick, 64, informed her congregation at All Saints Episcopal Church in Beverly Hills Wednesday and thanked them for their prayers.

The British health minister, 62, announced her diagnosis on Tuesday.