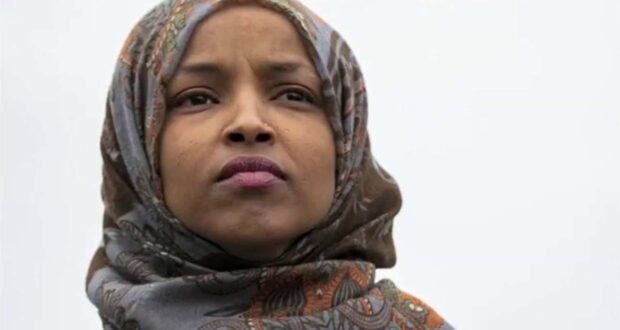 It has taken a worldwide pandemic, thousand of deaths, and a near collapse of our US economy, for some influential and committed Democrats to finally recognize that the man sitting behind the Resolute Desk in the Oval Office is doing an “incredible” job in handling the health crisis.

The unexpected praise from the extremist Democrat seems to be contagious (excuse the pun), in that other prominent Democrats have also publicly praised the President’s leadership.

However, Omar’s praise is meaningful because of her staunch criticism of the President’s immigration policies, making it all the more surprising saying it was “incredible and the right response in this critical time.”

Moreover, another member of the infamous “squad” Rep. Ayanna Pressley from Massachusetts had said earlier in the day, after witnessing the round-the-clock briefings coming from the White House; “unprecedented times require unprecedented leadership” while Omar added, “we are seeing that in our country right now.”

The love-fest actually began several weeks ago when the President reached out to the nation’s governors, assuring them that whatever they needed, they would get, moreover those states that were especially impacted by the deadly virus would be first in line to get federal aid.

California was one of the states devastated by the virus and in need of quick federal aid. The governor no fan of the President, reached out to the administration concerning the virus plagued cruise ship, the “Grand Princess” stranded only a few miles off the California coast. The President assured Governor Newsom that his administration would be there to assist.

Newsom held a press conference that same day, as infected passengers and crewmen were debarking of the ship in Oakland and being treated for the virus. The governor told reporters that “every single thing he [Trump] said, they followed through on.”

The governor then confirmed that he had a private conversation with the President, who told him, “We’re gonna do the right thing,” and, “You have my support, all of our support, logistically and otherwise.”

Newsom then added that the administration did  “everything that I could have hoped for.”

Adding, “And we had a very long conversation, and every single thing he said, they followed through on,” he continued, praising Vice President Mike Pence as well.

While over on the East coast, another progressive governor usually at war with the administration, also praised our Commander-in-Chief, the governor in question, none-other then New York’s Governor Andrew Cuomo, who acknowledged that the President is “on it” when it comes to the administration’s response to the coronavirus crisis.

Cuomo said “New Yorkers will do everything they can to be good partners with the federal government. “I think the President was 100% sincere in saying he wanted to work together in partnership, in a spirit of cooperation.”

The President when asked by reporters about the governor’s praise regarding his administration’s handling of the pandemic Trump responded, “We had a great talk this morning. We’re both doing a very good job,” adding “we spoke this morning.”

Perhaps the biggest surprise came from CNN’s chief political correspondent Dana Bash, who no doubt went on a limb and lauded the President’s leadership, despite the networks promise to take down the administration at all cost.

Bash noted that Trump has struck a more measured tone in recent days while the administration has won praise from Democratic governors.

“If you look at the big picture, this was remarkable from the President of the United States,” Bash said following the briefing. “This is a nonpartisan, this is an important thing to note and to applaud from an American standpoint, from a human standpoint.”

For us, the “deplorables” the President hasn’t changed, he has always been the kind of leader that people need…even for progressives like Bash.

Previous: 5G Streetlight Kills Half Of Tree Near It
Next: The Unsolved Mystery of the ‘Toxic Woman’