Home » Politics » Biden is Losing Momentum During the COVID-19 Pandemic 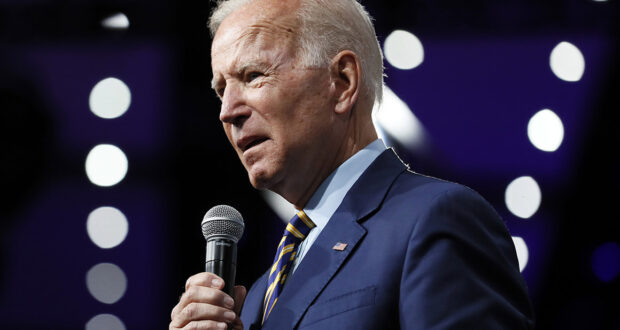 Biden is Losing Momentum During the COVID-19 Pandemic

Former Vice President Joe Biden is struggling to keep media focus on his campaign even as President Trump holds the spotlight with his daily coronavirus task force updates.

Biden’s campaign has morphed into an all-digital operation focusing on the pandemic in recent weeks, with the rollout of a newsletter, podcast, roundtables and briefings. The former vice president has kept up his network and cable news appearances as rallies and in-person events all but vanish under social distancing guidelines.

Trump, however, has commanded the general public’s attention for the past two weeks, giving updates on his administration’s response to the outbreak. The briefings have an average audience of 8.5 million people on cable news, according to Nielsen data cited by The New York Times last month.

Since March 24, Biden has done 13 media interviews across news networks, late-night shows and Hispanic radio, according to a list provided by his campaign. Over the course of two weeks, from March 14-28, the former vice president’s virtual events and digital content have generated views from more than 20 million people.

Biden’s allies acknowledge that he doesn’t have the same kind of megaphone as Trump. But they argue that his current strategy has allowed him to get out in front of the crisis without giving the appearance of openly politicking.

“He’s not going to do a daily press conference to try and achieve parity with Trump,” said former Rep. Steve Israel (D-N.Y.), who has endorsed Biden. “That would look overtly political.”

“Doing these shows one by one, doing interviews selectively strikes just the right tone,” Israel added. “A major speech on coronavirus probably wouldn’t be as effective with voters as Joe Biden just being Joe Biden when he’s interviewed by talk show hosts and late night hosts. That breaks through.”

The Democratic front-runner is walking a fine line in looking to criticize Trump while striking a unifying tone in a time of national crisis.

“I don’t think he’s counterprogramming the president,” said Moe Vela, a Democratic strategist and White House adviser in the Clinton and Obama administrations who sits on the board of directors at TransparentBusiness.

“What he’s doing is very delicately trying to demonstrate how he would have done things differently,” Vela continued. “What he needs to keep doing is putting forth ideas, and solutions, and suggestions, and recommendations to the president, where he feels that the president has fallen short.”

Biden and his allies have hit Trump for his administration’s slow response to the outbreak, often pointing specifically at his February comments calling Democratic fears over the virus a hoax.

However, the Biden campaign appeared to strike a unifying tone on Wednesday, saying they would arrange a call with the White House to discuss the outbreak in the U.S. The gesture came after White House counselor Kellyanne Conway hit the former vice president for not calling Trump to offer assistance or support.

Trump appeared to adopt a more somber response to the pandemic this week, telling Americans on Tuesday to brace for a “very, very painful two weeks.”

The president has the advantage of being surrounded by members of the coronavirus task force, such as Drs. Anthony Fauci and Deborah Birx, who have become popular on both sides of the aisle since the outbreak began.

But Trump has been publicly contradicted by some of these officials at his own briefings, raising concerns over his understanding of the crisis.

“I would respectfully suggest that you should have Dr. [Anthony] Fauci on a lot more than the president or anyone who’s not an expert like Fauci, laying out exactly what’s going on,” Biden said on ABC’s “The View” last week.

“It’s both a blessing and a curse for Donald Trump though,” said Jon Reinish, a Democratic strategist and former aide to Sen. Kirsten Gillibrand (D-N.Y.), said. “Yes, he has the levers of government of the executive branch. Yes, he has all of the stagecraft, and trimmings that come with it.”

“But it also shows just how bad at this he is,” Reinish continued. “Because yes, he has everything that you would think would be an advantage, but he still manages to show on this global stage when people are crying out for leadership, just how ill-equipped he is.”

Biden’s efforts to stay in the national spotlight in the face of an international crisis speaks to the difficult position he finds himself in, stuck between an ongoing primary race and a budding general election campaign.

He hasn’t yet amassed the 1,991 delegates he needs to secure the Democratic presidential nomination, and won’t be able to do so officially until June. Nevertheless, he stands as the nominating contest’s prohibitive front-runner, holding a nearly insurmountable delegate lead over his only remaining rival, Sen. Bernie Sanders (I-Vt.).

That hints at a larger dilemma for Biden. On one hand, he’s seeking to reassure and console a nation reeling from pandemic and economic turmoil, and aggressive campaigning would almost certainly be seen as insensitive. On the other, he’s still a presidential candidate.

“There are going to be people who will never feel like Joe Biden is doing enough and there are people who are going to feel like he’s doing too much,” Antjuan Seawright, a South Carolina-based Democratic strategist, said. “The key is to find a balance in between.”

Biden’s supporters say his past experience working to combat the Ebola epidemic in the Obama administration, as well as his empathetic manner generally, make his content online that much more compelling to voters.

“Americans want to hear relief, strength, authority, a plan, that they will be cared for, and that the person who is delivering the information and in charge cares,” Reinish said. “There’s no one better at delivering that message than Joe Biden.”

One test for Biden will be how effectively he deploys his surrogates during the crisis, Seawright said, noting that Biden can only do so much on his own.

“The truth of the matter is, there’s a lot of ground to cover and a lot of people to touch,” Seawright said. “Surrogates are important and the sense of an organization powered from the bottom up is important.”

“It’s not necessarily just about what’s being said, but who he’s saying it to,” he added. “He’s got to use surrogates also because different people connect with different audiences.”

Previous: The Coronavirus Recession Is Already Here
Next: How Not to Tank Your Relationship in Quarantine