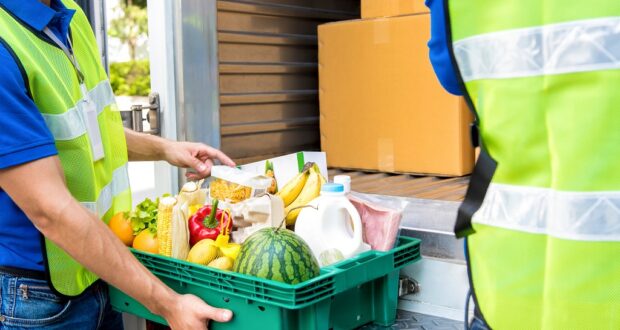 When Jayne Pinto ordered groceries through Instacart at the end of March, some of the items she requested were sold out.

As concerns about COVID-19 grew, so did the food reserves in people’s pantries. Stores were quickly selling out of canned goods and cleaning supplies, including hand sanitizer, paper towels and toilet paper. So, it wasn’t a surprise when her groceries had to be delivered without a few of the products.

The problem, however, was getting the money back for items she never received.

“In these times when money is so tight and our financial picture is so bleak, who can afford to pay for things that they do not get?” Pinto said.

Pinto emailed Instacart multiple times, using both the “Contact Us” on the app and “report a problem” on her specific order. She also attempted to call but was told the company is “currently not accepting calls” and then redirects customers to the contact us section of their website.

“The only response I have received from Instacart was the automatic responses,” she said in early April.

Others are posting on social media that they are seeing the same or worse delays in getting their money back.

Instacart did not respond to MassLive’s request for comment.

On April 9th, Pinto finally received a response from the company informing her they gave her credits to use at a later date. Pinto said she doesn’t trust using the company again but even if she did, using those credit are not a viable option right now.

“They have no delivery dates available anyway,” she said. “So, how would they expect me to even use the credit?”

The lack of delivery services is another problem residents in Massachusetts and elsewhere are reporting.

Danielle Lightner said she’s used Instacart for groceries in the past but during the pandemic, she’s had to be more careful about planning out grocery deliveries.

“While you used to be able to get same-day delivery with Instacart, the delivery dates are now 3-4 days out,” she said.

KSNV reported that Instacart has more shoppers on its platform than ever before and will be hiring an additional 300,000 to keep up with demand. It also started providing workers with health and safety kits after they went on strike, CNBC reported.

Other places are seeing a complete lack of delivery time options.

Lightner’s mother is homebound due to an orthopedic disability. She uses a wheelchair and doesn’t drive, Lightner said. She said she’s typically able to help her mom – who lives across the country – order groceries and the food she needs, even from a far distance.

But when Instacart stopped delivering to her mom’s area, Lightner was left scrambling.

She said she turned to Amazon Pantry, VONS and Postmates — but like Instacart, many had stopped delivering, and she couldn’t find the delivery services she needed. She even turned to her mother’s local community.

“Community members on our town Facebook page are asking for food assistance or cleaning products and people from the town are doing porch drop donations,” she said. “That sort of thing doesn’t happen in San Diego. That sense of community doesn’t exist there.”

Instead, Lightner said they sometimes used Doordash and Grubhub to get through some of the meals. And Lightner’s sister brought her left-over food from Starbucks where she works. But that’s not ideal for Lightner’s diabetic mother.

“Getting food delivered through Instacart allows her to exercise some choice in a life that otherwise doesn’t provide much choice,” she said. “Being able to get healthy food is so important for her.”

Instacart is now back up and running in San Diego, Lightner said. But uncertainties still remain.

That’s why many are turning to local grocery stores.

Simos Produce in Springfield typically supplies produce to schools, restaurants and prisons but with so many closed many of their usual customers weren’t in need — but the community is.

“Normally we’re wholesale distributors,” said Jeremy Durrin, account manager at Simos, told MassLive. “But we’ve got the infrastructure here to kind of turn things around — get deliveries to people’s houses. So, that’s what we started doing.”

The box includes a number of items, including a bag of potatoes, a dozen eggs, half gallon of milk, apples, bananas, grapes, carrots, lettuce and more.

She said she’s used the delivery service and shopped in store during the pandemic, and both options have been wonderful.

“Even with this pandemic, I haven’t had to change any of my shopping habits when I shop there,” she said.

Kelly Robidoux, a personal shopper in Fall River known as The Errand Lady, works through the grocery delivery app Dumpling.

She’s had to change a few of her habits, like wearing a mask and particularly planning when she shops for various communities. But she makes sure the quality of her service hasn’t taken a hit.

Customers use the Dumpling app to request Robidoux for their shopping. That way they always know they’ll get match with not only a shopper but a shopper they know and trust.

But like everyone else, Robidoux has run into not being able to find every product on her customer’s lists. For example, Lysol wipes are in high demand and aren’t easy to find.

“Unfortunately, I’m not a cleaning fairy and I cannot make those appear,” she said.

“So, if they ordered Lysol wipes and [the store] happens to have it, I can buy it on Monday,” she said.

Then she can shop for the rest of their order on the day it’s scheduled for delivery. Robidoux knows how important it is for people to not only get their groceries but get the high quality products they want.

“I shop for everyone like their family,” she said.

Previous: Serena Williams Has a Simple Workout Routine You Can Do At Home
Next: Joe, Bernie, and the Hard Left