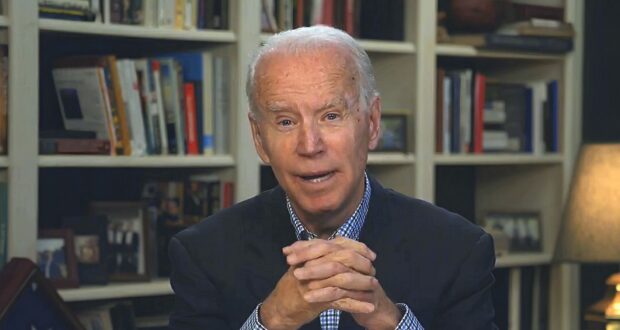 A spokesperson for the Joe Biden presidential campaign responded to the public furor surrounding the revelations about the unmasking of Michael Flynn, and then implied that racism was the cause for the alarm.

Biden faced intense criticism on Wednesday when it was revealed that he was included in the group of Obama era officials that called for the unmasking of Michael Flynn’s identity in surveillance reports.

Many used the report to accuse Biden of being part of a politically motivated witch hunt to entrap Flynn in order to force him to testify against President Donald Trump.

The Biden campaign denied the claims in a statement from Andrew Bates, the director of rapid response.

“Donald Trump’s attempt at dishonest media manipulation to distract from his response to the worst public health crisis in 100 years has backfired. These documents simply indicate the breadth and depth of concern across the American government — including among career officials — over intelligence reports of Michael Flynn’s attempts to undermine ongoing American national security policy through discussions with Russian officials or other foreign representatives,” the statement read.

“Importantly, none of these individuals could have known Flynn’s identity beforehand. These documents have absolutely nothing to do with any FBI investigation and they confirm that all normal procedures were followed — any suggestion otherwise is a flat out lie,” Bates added.

“What’s more, it’s telling that these documents were selectively leaked by Republicans abusing their congressional powers to act as arms of the Trump campaign after having them provided by a partisan official installed for this very purpose,” he continued. “The only people with questions to answer are [acting Director of National Intelligence] Grenell, Sen. [Chuck] Grassley (R-Iowa), and Sen. [Ron] Johnson (R-Wis.) for their gross politicization of the intelligence process.”

Bates retweeted a message that implied the outrage over the unmasking was actually an expression of racism against former President Barack Obama.

“‘OBAMAGATE!’ [definition] the scandal caused by a person of color occupying the White House,” read the sarcastic tweet.

The spokesman for the Biden campaign was also forced to delete a tweet earlier on Wednesday when he unfairly attacked reporter Catherine Herridge of Fox News.

The president said he was very saddened by what happened to Flynn but he wouldn’t comment on whether the judge in his case should recuse himself.

Previous: ‘Tiger King’ Joe Exotic’s Legal Team Pursues Presidential Pardon From Trump
Next: Why You Should Never Wear Hair Ties on Your Wrist