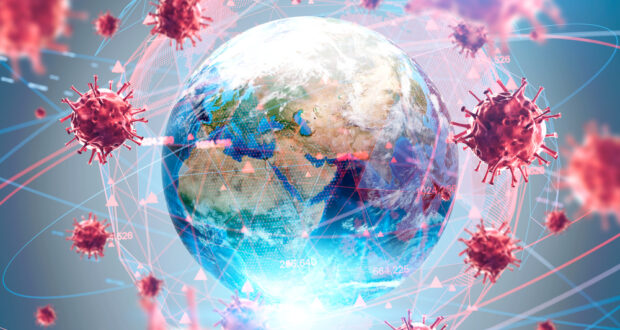 Our civil liberties are under attack in the United States right now so it’s important to understand just how high the stakes are. Knowledge is power and everyone can understand the democratic principles that underpin our great nation.

How much do you know about your legal rights as a U.S. citizen? Let’s find out.

If you were offered a million dollars to recite the First Amendment to the United States Constitution, could you do it without consulting an online search engine or re-reading your household copy?

Make that $100,000 to highlight its contents – do you know what the first addition made to the highest law in the land guarantees each and every citizen? Or how would you like $10,000 if you knew how many words make up this vital rule of social order?

As a courtesy to you, Dear Readers, here is the entire text of Americans’ First Constitutional Amendment:

Congress shall make no law respecting an establishment of religion, or prohibiting the free exercise thereof; or abridging the freedom of speech, or of the press; or the right of the people peaceably to assemble, and to petition the Government for a redress of grievances.

These 45 simple words – a single sentence – guarantee our First Amendment freedoms concerning religion, expression, assembly, and the right to petition.

In the past months, all of these assured civil liberties have been violated, as allowed under U.S. law during a national state of emergency – declared on March 13, 2020, by President Donald Trump.

The Commander-in-Chief acted on the recommendations of leading international health organizations that warned of the impending doom of COVID-19 if left unchecked to spread without isolation, social distancing, and a complete suspension of “nonessential” activities, including going to work and taking the kids to a park.

Our Constitutional First Amendment, fundamental to the American lifestyle, is under attack by social media giants (notably Facebook, Twitter, and YouTube) that are using their corporate status to side-step muzzling free speech. They are in cahoots with Big Pharma and “King Vaccine” Bill Gates – who is a nerd, not a doctor – and their goal is to use fear to control us all until the End of Time.

The fear these anti-Americans are pushing is part of their newly-declared War on a Germ: COVID-19, a new strain of highly contagious influenza made in a U.S. lab, smuggled to Wuhan, China, and released into the population there in late 2019.

A germ is a perfect Enemy #1 since it can’t be seen, touched or tasted. Maybe it’s there but maybe it isn’t. Best to lie low and start doing things we never did in a normal flu season until the danger has passed, international health experts continue to insist.

The second-largest contributor to WHO, after the United States (which just withdrew its funding), is – take a wild guess – none other than the Bill & Melinda Gates Foundation. They really are in cahoots, no joke.

World economies are being wrecked because of the propagandistic WHO-sponsored War on a Germ. Politicians such as Dr. Ron Paul and civil rights defenders such as Robert Kennedy, Jr., are joining credentialed medical doctors such as Dr. Shiva Ayyadurai and Dr. Rashid Buttar, to wave a big red flag for the rest of us to see clearly the globalists’ cruel and criminal hoax.

According to independent healthcare professionals, the tests being used to identify COVID-19 actually measure all types of coronaviruses, including common types of flu. One source claims that any adult who has had a flu shot in the past 10 years will test positive on the generic COVID test.

After the partial global lockdown, these con artists plan to make everyone prove they aren’t an infection risk to others for the Big Bad Germ. COVID-19 tests and vaccines that don’t even exist today will become the mandatory basis for official certifications needed to travel, shop or socialize.

Evidence proves that COVID-19 was bioengineered in a lab at the University of North Carolina before being smuggled by Chinese spies back to the Wuhan Institute of Virology for further development. Academic grants to make a bad virus (SARS) worse for humans in terms of lethality and resistance funded the research, which experts claim could only be used to wage biowarfare.

U.S. funds for coronavirus research were authorized illegally after a moratorium was issued, fueled by a concerned scientific community. It was none other than Dr. Anthony “I couldn’t cure HIV in 35 years but am telling you a vaccine for COVID-19 is just around the corner” Fauci who broke the law in 2015 and helped create the manufactured “crisis” the rest of the world is dealing with right now and for the unforeseeable future.

Using false and inflated COVID-19 case numbers, the World Health Organization (WHO), the Gates Foundation, Dr. Anthony Fauci, and other globalist medical Nazis are conspiring right now to rob us all of our human liberties and civil rights forever.

Contact your elected officials and let them know how you feel about what’s going on in your neighborhood and your nation – before it’s too late and We the People have no liberties left!

Previous: President Of Tanzania Said Goat And Fruit Tested COVID-Positive
Next: Why Unplugging is Essential for Good Mental Health