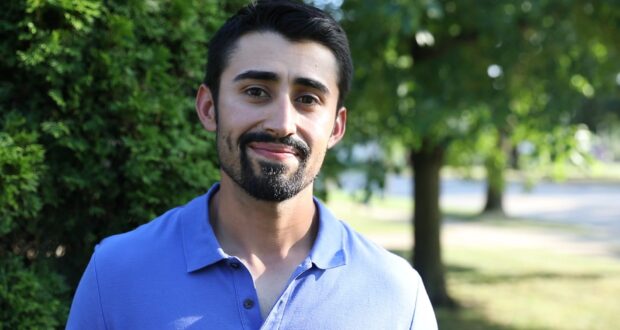 The 25-Year-Old Who Owns 5 Properties

Chicago-based millennial Alex Sanchez earned more than $230,000 last year. The bulk of his income came from his day job: He works about 60 hours a week as an overhead lineman for an electrical utility company. Between his $120,000 base salary, $10,000 annual bonus and overtime pay, he makes more than $200,000.

The 25-year-old also brings in extra money from the lawn-care and snow-removal company he started, plus the five rental properties he owns and rents out.

Sanchez, who has aspirations to be a millionaire by 30, says that two personal finance books have helped him get to where he is today. Growing up in what he describes as a lower-middle-class household, he didn’t know much about money until he was around 20. That’s when he started reading personal finance books and watching videos on YouTube.

Anyone can benefit from his two favorite money books, says Sanchez, who recently gifted them to his five tenants. He was planning on giving out the copies earlier this year but didn’t get around to it until now — the pandemic motivated him, he tells CNBC Make It: “Now my eyes are opened up a little bit more and I’m like, I need to get these out there.”

Here are the two personal finance books that inspired Sanchez:

The author of this personal finance classic, Robert Kiyosaki, grew up with two father figures: “poor dad,” his real father who died with bills to pay, and “rich dad,” who started with little before becoming a wealthy man. Both fathers were successful in their careers and earned substantial incomes, but one always struggled financially.

Through these stories, he explains how to build wealth even with a small salary. Kiyosaki challenges the popular belief that your house is an asset, details the differences between how rich people and average people choose to get paid, and emphasizes the critical difference between an asset and a liability.

This New York Times bestseller has helped many Americans take control of their finances.

The author, personal finance coach Dave Ramsey, helps you come up with a plan for getting out of debt, whether it’s credit card debt, student debt, or a car loan. Before tackling debt, though, he wants you to prioritize building an emergency fund, which will prevent a broken-down car, medical emergency, or any other unexpected expense from putting you in an even deeper hole.

The book also goes over money myths that could derail your finances and strategies for how to secure a comfortable amount of retirement savings.