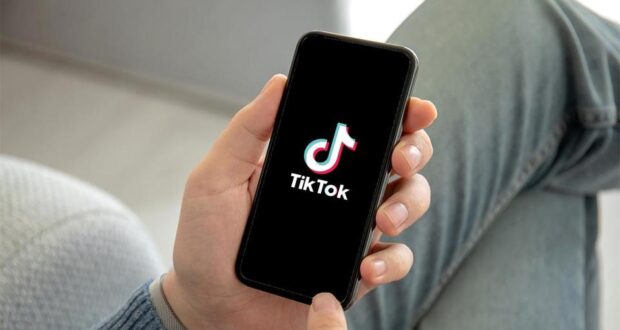 The artist and influencer already had a healthy following on Instagram. And like many other friends, the 31-year-old had dismissed TikTok as an app for pre-teens.

But the spread of the virus in New York City forced Tsui to wait out the pandemic indoors, and she found herself with a lot of spare time to try something new.

“I thought, I’m in lockdown, I don’t have anything to do … and it looked fun,” Tsui said. Now she finds herself sometimes posting four videos a day on the platform.

Tsui is not alone. In the last few months, hundreds of millions of people around the world have downloaded the short-form video app as the United States, Europe and elsewhere impose strict restrictions in order to curb the spread of the coronavirus.

For many people, the app has become a fun escape from all the grim news about the virus and its economic toll.

TikTok has seized on the moment, pushing upbeat hashtags such as “#HappyAtHome,” which has seen many users rope their parents into doing TikTok videos. It is also promoting live streams of soothing content: On a recent Wednesday, for example, one such stream was broadcasting live footage from a panda sanctuary.

The promotions appear to be paying off. TikTok was downloaded 315 million times from January through March, according to Sensor Tower — an amount that the analytics company says topped any other app ever for a single quarter. TikTok now has 2 billion downloads overall, doubling its total from just 15 months ago.

She said TikTok approached her last year to come join its platform. Richard, 31, thought it skewed a bit too young for her.

Then the coronavirus outbreak hit, and Richard found herself hooked on TikTok’s 15-second videos.

She also liked that more “older people, like my generation and older, are joining it. And a lot of the songs are from my generation,” she said.

Richard, who has about 15,000 followers on the app, joined in early April and TikTok now sends her weekly emails, telling her which hashtags are performing well, and giving examples of trending video content.

The record-breaking influx of new users is a major win for app owner ByteDance, which has been trying to capitalize on TikTok’s worldwide appeal. The app is the only social media platform made by a Chinese company to gain significant traction outside of China.

But the Beijing-based startup’s success inside of China during the pandemic has also been enormous — and may provide clues as to how TikTok hopes to grow into a major money maker in the future.

ByteDance’s mobile apps raked in $157 million from January to March, according to Sensor Tower. Close to 90% of that amount came from China, and was almost entirely driven by Douyin, the Chinese version of the company’s killer app. It was a record quarterly haul for ByteDance, representing a 423% increase compared to the same period a year earlier, and up 50% compared to the previous quarter.

Bytedance did not respond to requests for comment for this article.

The first week of February was Douyin’s biggest week ever, with users spending over 3 billion hours in the app — up 130% from the weekly average in 2019, according to analytics company AppAnnie.

“In general on Chinese apps, there’s a habit of tipping content creators,” said Wiktoria Marszałek, an account manager with Nanjing Marketing Group, a company that helps foreign firms grow their brands and sales in China.

For example, she said, Douyin users buy virtual donuts or hearts that they can gift to content creators or influencers during live streams. All of that translates into in-app revenue for ByteDance.

The company still makes most of its money from advertising. Consulting firm R3 estimates that ByteDance made about 140 billion yuan ($19.8 billion) in advertising revenue in 2019.

“In many categories, it outstripped Tencent (TCEHY) and Baidu (BIDU)to become the No 1 adverting platform” in China, said Greg Paull, a principal with R3.

But the in-app revenue it gets from Douyin and TikTok users is more than just chump change.

Nelson said the app’s success in monetizing users vaults it into the same league as top entertainment companies.

“It was above Disney+, it was above Netflix. And that’s without Android in China,” he added. Sensor Tower can only track data from the App Store and the Google Play store, and the Play store is banned China.

Some influencers are betting on TikTok post-pandemic

TikTok has not seen as much of a windfall as Douyin, because it only started monetizing through advertising and live streaming last year, according to a TikTok spokesperson.

But Douyin provides clues as to how TikTok hopes to emulate the financial success of its Chinese sister app. For example, TikTok last year made live streaming available to users with a certain number of followers.

It remains to be seen if the feature will take off outside of China, though.

Westerners are “not as used to the Chinese style of live streaming” where influencers stream for hours just to hawk goods, said Marszałek, of Nanjing Marketing Group. “In China they’re just sell, sell, sell,” she said.

Giving virtual money to content creators on social media isn’t common practice either — Facebook has an in-app currency that it introduced so users could tip content creators, but it has never gained traction, according to Nelson, of Sensor Tower.

TikTok has also begun experimenting with e-commerce buttons for select advertisers and influencers, according to Digiday. The ad revenue would be split between TikTok and the influencer, similar to what is already done in China on Douyin.

Like many other social media companies, TikTok is anticipating the coronavirus will deal a blow to advertising revenue in the United States, Europe and other markets where it operates.

It has begun “donating” advertising credits to health organizations so they can post updates about the pandemic. TikTok will be offering more free ad space to restaurants and small businesses when they start to re-open, the spokesperson said.

Once companies start spending again, users like Tsui are betting TikTok will be where they splash out money.

Before moving to New York, Tsui lived in Hong Kong where she earned about $1,500 per month partnering with brands and advertisers to promote their wares to her 74,000 followers on Instagram.

Breaking through on Instagram in New York has proved difficult. But now, “because everyone is talking about TikTok, the brands are really targeting influencers and doing ads on TikTok,” she said.

Tsui joined TikTok at the beginning of April. One of her posts managed to land a coveted spot on the app’s “For You” feed — a place where users can watch content that TikTok’s algorithm believes they will like, based on past behavior in the app. Tsui went from 17 followers to more than 10,000 overnight. She currently has about 27,000 followers.

The New Zealand native is now trying to figure out TikTok’s notoriously opaque algorithm in the hopes that she can develop a strong enough following to bring in earnings.

“I definitely think TIkTok is the way to go in the future in terms of advertising and product promotion,” Tsui said.

Previous: Limit on meat purchases in supermarkets causing consumers to head to farms, butchers
Next: The 25-Year-Old Who Owns 5 Properties