Why You Should Never Wear Hair Ties on Your Wrist 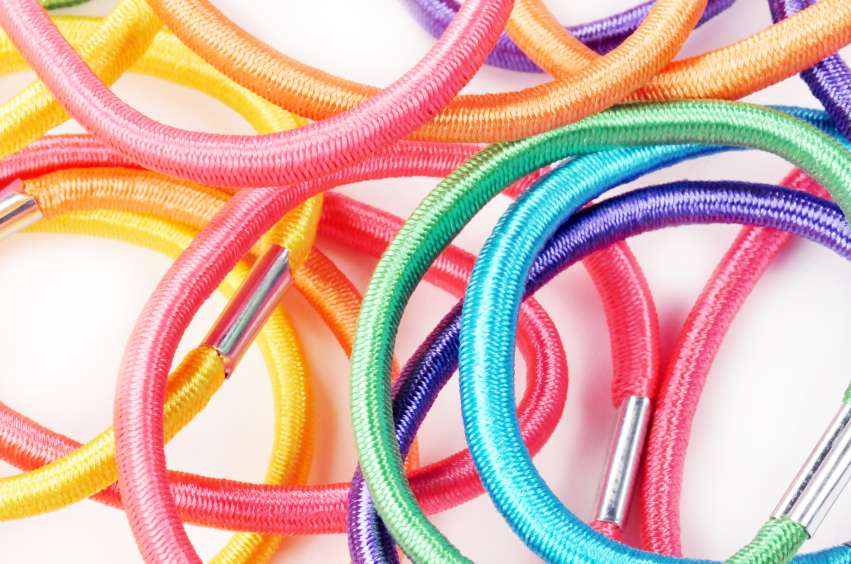 If you’ve ever had hair longer than your chin, you’ve probably been guilty of wearing an elastic hair tie (or three) on your wrist. We’ve all started the day determined to keep our hair down and flowy only to give up and pony-tail/bun it through the rest of the day. However, you’ll definitely want think twice about continuing to make a bracelet out of your hair tie.

Hair elastics and scrunchies may be an essential part of your hair’s life, but that doesn’t mean it needs to be on you at all times. While it’s convenient to keep one on your wrist, especially if you work out daily, or just get warm often, it’s not doing you any favors by sitting there, day in and day out.

Here are several reasons why you should pull that little elastic off your arm right away.

It could give you a life-threatening infection

Kentucky native Audrey Kopp wore hair ties on her wrist all the time, like many of us. However, one day, one of her glittery hair ties changed all that. She started to notice a large bump forming on her wrist where she kept the hair tie. She went to the doctor who gave her an antibiotic, but the bump just continued to grow. Finally she got so worried, she went to the hospital where they discovered she had three separate bacterial infections. From a hair tie.

“Thank God I caught it in time, or I could have had sepsis,” Kopp told WLKY. Dr. Amit Gupta initially thought Kopp had been bitten by a spider. However, upon further examination, she believes there was bacteria on the hair tie that got under her skin through her pores and hair follicles.

Yeah… that’s put me off hair elastics forever. While Kopp and her doctor believe the glitter hair tie she was wearing was likely the culprit as opposed to all hair ties, it’s still probably best to avoid them considering this scariness.

It’s not good for your hair anyway

Frankly, your hair doesn’t like being confined by elastic, so why keep that constrictive thing on your wrist in the first place? Wearing hair elastics too often can result in hair breakage. Instead, why not try a nice clip, or loose braid?

They can cut off circulation

No, they don’t just leave that unattractive red line on your wrist when you take them off. A 2-year-old girl almost lost her arm to one back in 2011. While she didn’t quite have acute compartment syndrome, which is a limb-threatening condition that occurs when an area of your body undergoes long-standing pressure and isolation from the rest, it was still a dire situation.

They ruin your outfit

You know how you spend a good 30 minutes to an hour putting together a carefully curated outfit for work every morning? Well all that effort is shot to heck once you throw that neon green hair elastic on your wrist. No, it doesn’t look like a fun bracelet, nor does it go with any of your other, real jewelry.

So do yourself, your body and your awesome fashion sense a favor. Leave that restrictive little thing in your pocket and call it a day.