Are Airplanes Dirtier Than You Thought? 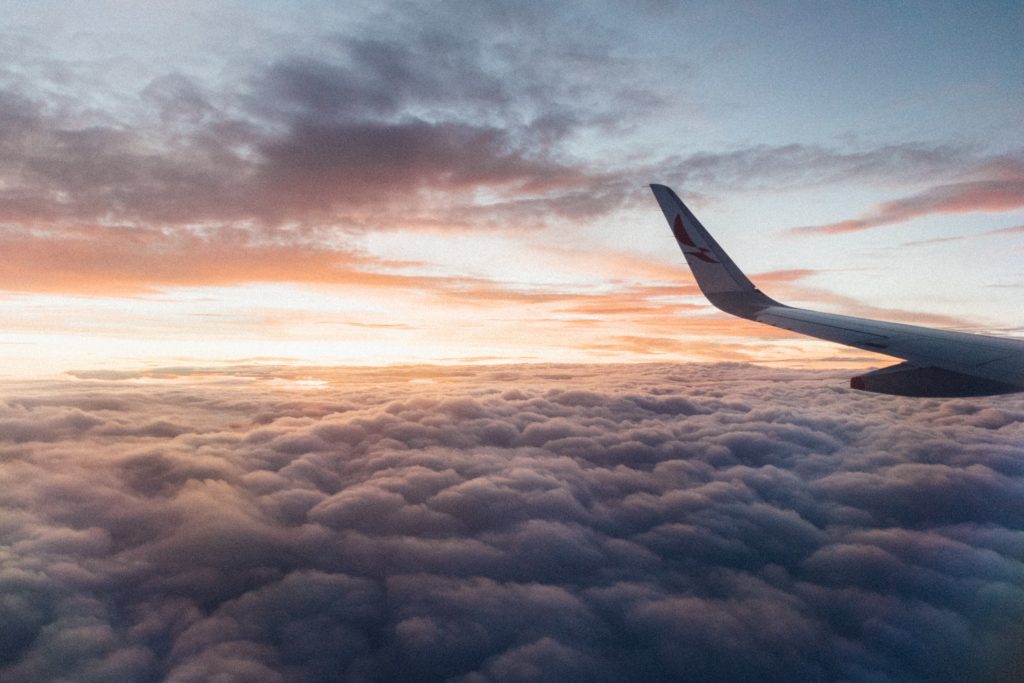 Whether it’s peak flu season or not, you might still wonder how clean the airplane really is. When most commercial planes hold between 150 and 350 passengers and schedules are usually tight, some parts of the plane are going to be dirtier than others. While by no means do you need to cancel your flight, it pays to know which parts of the plane to avoid.

As you might assume, the bathroom isn’t the only place to exercise caution. Yes, flying in first class can help you avoid some of these dirty areas. But by knowing which areas to watch out for, you can begin practicing good airport hygiene.

The Bathroom Isn’t The Dirtiest Place

Perhaps to the surprise of many, the airplane bathroom isn’t the dirtiest place on the plane. While you should still be careful touching the flush button, door handle and other high-traffic spots in the bathroom, airlines are intentional about cleaning it regularly.

A 2015 study shows a couple of places to actually be dirtier than the bathroom. A microbiologist collected samples from four flights to calculate the total number of bacteria per square inch.

Though the airplane bathroom flush button had 265 bacteria colony forming units (CFU) per square inch, there are two places on the plane the study confirmed to have more bacteria than the flush button.

Are you ready to be grossed out?

Airplane seatback trays are the dirtiest place on the airplane. The same study shows that trays have 2,155 CFU per square inch. That’s 8x higher than the toilet flush button.

In-between flights, the airline staff do a quick cleanup of the cabin. But this cleanup primarily looks for removing trash and a possible wipe down of the seats. They don’t have the time to sanitize each tray in between boardings.

For a clean tray, plan on bringing your own disinfecting wipes or a cloth to cover the tray while it’s unstowed.

Overhead air vents had a 285 CFU per square inch rating in the microbiologist study. Since each passenger prefers a different rate of airflow, there is constant contact. You might even adjust the flow several times during the flight.

You don’t know the last time the nozzle has been wiped down or who sat in your seat before you. While the air vent can be dirty where your hand touches the nozzle, it’s not a bad idea to have some fresh air blowing as it can help keep some of the germs away in the otherwise stifling cabin.

You won’t be able to avoid touching the belt buckle even though it can be cleaner than the airplane bathroom flush button. It’s still a good idea to wipe your hands down with sanitizer after buckling.

One place you might overlook is aisle seat headrests. Think about how many people walking up and down the aisle place their hands to each headrest to maintain their balance.

This isn’t just a nuisance if you’re sitting in the aisle seat and appreciate your personal space. Regardless of where you sit, you’re essentially touching the same place as many others before you.

Of course, you should also be wary of resting your head on the window seat side wall or even wearing shorts on the plane as your uncovered skin can pick up germs. Walking barefoot anywhere in the cabin can also be problematic.

A general rule of thumb is to only accept airline provided blankets in a sealed plastic bag. If a blanket isn’t in plastic, it’s most likely been used and you probably shouldn’t use it. Once again, you don’t know who used the blanket before you.

Although airport blankets can be comfy, you might enjoy bringing your own blanket for added relaxation. This can also be the case if you prefer traveling with a weighted blanket.

While airplane tap water is sanitary enough for human consumption and you most likely won’t get a mysterious parasite, you’ll probably get more bacteria and germs than you wish to ingest. This is mostly because the tap water passes through multiple channels and holding tanks that aren’t constantly cleaned.

In-between flights, the airline staff will quickly pick up any debris in the aisles, seat pockets and overhead bins. They will also wipe down any fluids or stains in the common areas.

Airlines don’t exactly publish how often they deep clean the interior cabin. But you can anticipate it’s every one month to three months. These cleanings usually happen overnight or during scheduled maintenance.

For overnight cleanings, the staff will wipe down the trays, seats, air vents and other hard surfaces within the cabin. While you don’t know when the airline will do this, your best chance of flying on a clean plane is by getting an early morning flight.

Depending on your travel route, certain countries also require airlines to use aerosol disinsection to limit the spread of insect-spread disease.

This can be the case when these diseases are present:

Disinsection might not eliminate viral or bacterial diseases like the common cold or flu, but it can prevent the spread of more serious illnesses.

You should treat an airplane like any public place. Practicing good hygiene habits can limit your exposure to germs. The additional privacy and personal service you get from flying in first class or business class can be helpful too.

2 thoughts on “Are Airplanes Dirtier Than You Thought?”