Breaking: Whelan Gets 16 Years For Espionage In Russia 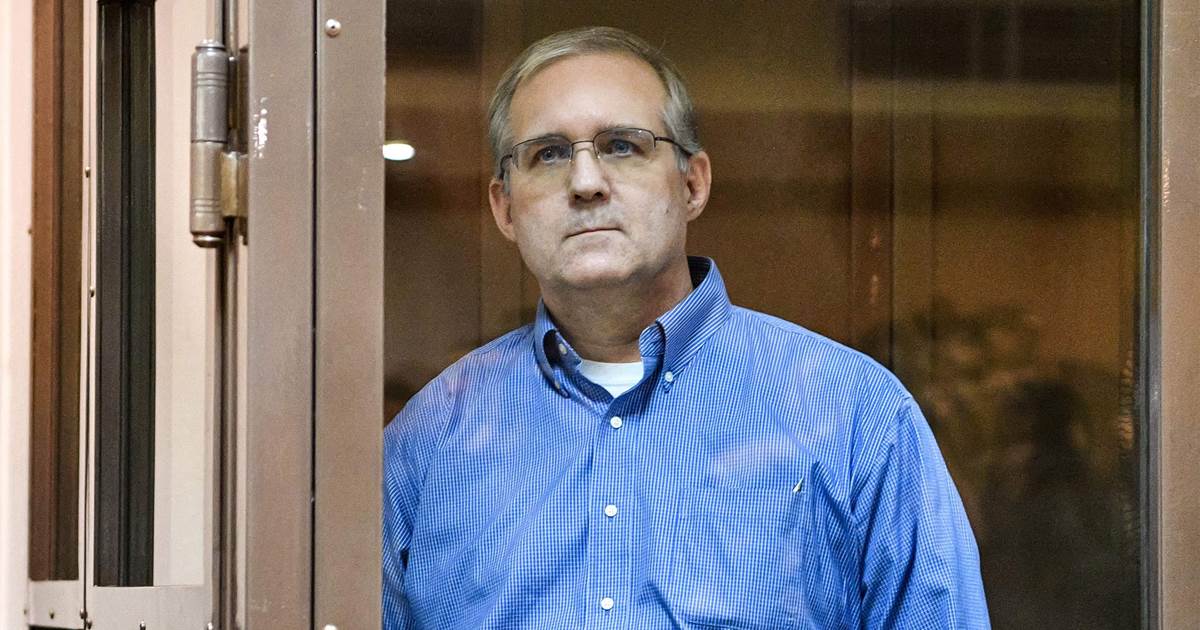 “This is slimy, greasy, rubbish Russian politics — nothing more, nothing less,” Paul Whelan declared in a Moscow courtroom. It might be more like Let’s Make a Deal, as NBC’s Keir Simmons reports for Today.

Whelan got 16 years of hard labor today for supposedly holding a thumb drive with classified material on it, but the entire caper either paints Whelan as the world’s worst spy — or Moscow desperate to trade Whelan for someone the US presently holds.

The Russian Foreign Office even has a couple of names on a list for the Americans:

Breaking this morning: An American was sentenced to 16 years in a Russian prison after a court in Moscow found him guilty of spying. @keirsimmons has the latest. pic.twitter.com/howvLAuCMu

Apparently, the first rule of Moscow Vacation Club is never take a flash drive from an acquaintance. Whelan insists he got set up by an acquaintance who gave him a thumb drive of what Whelan thought were “holiday photos.” The former Marine and now security chief for an auto-parts supplier had his hotel room raided shortly thereafter by the FSB, and the Russian government claims the thumb drive had classified material on it.

If Whelan really was conducting espionage, he’d have to be one of the sloppiest spies ever to have kept that in his possession. Instead, Whelan insists that the Russian government set him up for the sole purpose of “taking political hostages” to force the US to release Russian prisoners. The lack of subtlety in the Foreign Office’s very public suggestions of which prisoners it might swap for Whelan certainly makes Whelan’s suspicions look a lot more credible. Whelan’s attorney Vladimir Zherebenkov told reporters that he’d heard a couple of names more sotto voce:

Zherebenkov said Konstantin Yaroshenko, a pilot who was arrested in 2010 for conspiracy to smuggle cocaine into the United States, and Viktor Bout, a gun runner who inspired the 2005 Hollywood film “Lord of War,” are the names he has heard the Kremlin wants in a trade for Whelan’s release. …

In July, Russian Deputy Foreign Minister Sergei Ryabkov suggested the United States should “free Yaroshenko; swap him for an American or Americans who are serving their sentence here,” according to the Interfax news agency.

Ryabkov stopped short of saying Russia would be willing to release Whelan and told Russian state news agency RIA Novosti at the time it would not be right to include Whelan in a swap since he had not yet been tried.

The Russians solved that problem rather neatly, didn’t they?

This might be complicated by Whelan’s citizenship status. He’s presently a citizen of the US, but also the UK, Ireland, and Canada, which is just one of the curiosities of this case. Why did Whelan hold four citizenships? And with that, which country has to make the trade?

The Russians clearly want the prisoners held in the US, but it’s not necessarily incumbent on the US to do so. Another complication might be Whelan’s Marine career, which did not end well; he got a bad-conduct discharge in 2008 for “several charges related to larceny,” according to records reviewed by the Washington Post.

That might make his current position as a corporate security director a little curious too, but it might also solidify any skepticism about Whelan operating as a US spy, too. That kind of track record isn’t a good signal for espionage recruitment, at least not by one’s own side.

The US might also wonder whether they want to incentivize Vladimir Putin’s hostage-taking, too. It looks like they grabbed Whelan for his value in a swap, not for any real espionage threat.

Back in the Cold War days, that would have been met by having the US arrest a valuable Russian asset in retaliation rather than exchanging a previously captured prisoner, as a warning. That might not be a bad strategy now, too, lest Putin start a wholesale hostaging industry to conduct a weird sort of Dunkirk from American prisons.

At any rate, it’s a situation worth watching for its geopolitical consequences. The US ambassador to Russia warned Moscow of that issue this morning:

Speaking on the courthouse steps after the verdict, U.S. Ambassador to Russia John Sullivan described the case as “a mockery of justice.”

“Is this an impediment? Absolutely,” Sullivan said of the relationship between Moscow and Washington, referencing current affairs as at a “low ebb.”

That’s a warning. Will Putin listen to it?

4 thoughts on “Breaking: Whelan Gets 16 Years For Espionage In Russia”