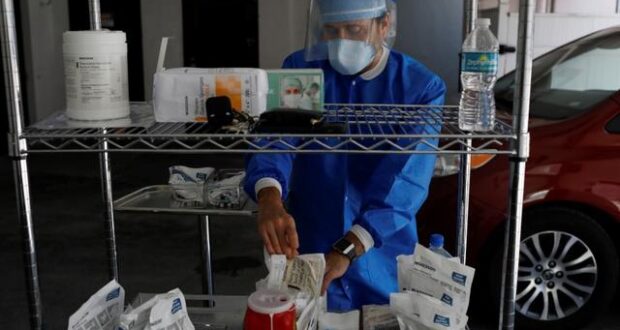 Floridians hoping to get rid of any unwanted wrinkles are in luck: Drive-through Botox is now an option in at least one city in the Sunshine State.

In early May, Florida allowed elective medical procedures to resume — including cosmetic surgery and Botox injections. The easing of these coronavirus-prompted restrictions subsequently spurred at least one doctor in Miami to offer drive-through Botox injections.

“The areas that we inject Botox are the upper face, exactly the parts of the face that aren’t covered by the mask, so it’s really ideal,” Michael Salzhauer, otherwise known as “Dr. Miami,” told Reuters. He’s offering injections in the garage of his building located in the city’s Bal Harbour neighborhood.

Salzhauer, who told the outlet he came up with the idea while waiting in his car to be tested for COVID-19 antibodies, said his patients schedule their drive-thru visits online before coming by. He provides the injections — which cost an average of $600 — through their car window.

“It’s very creative, and after seeing how they’re running it, I feel just as comfortable as I would in the office,” said one patient. (iStock)

“It’s very creative, and after seeing how they’re running it, I feel just as comfortable as I would in the office,” said patient Arman Ohevshalom, 36.

Tattoo artists in the state, meanwhile, are frustrated they have not yet been able to reopen. A Miami-Dade County spokesperson told Reuters that officials have not yet set a date for these shops to reopen but are working on a plan.

As of Thursday, Florida had more than 58,000 confirmed coronavirus cases and more than 2,600 virus deaths, according to official estimates.