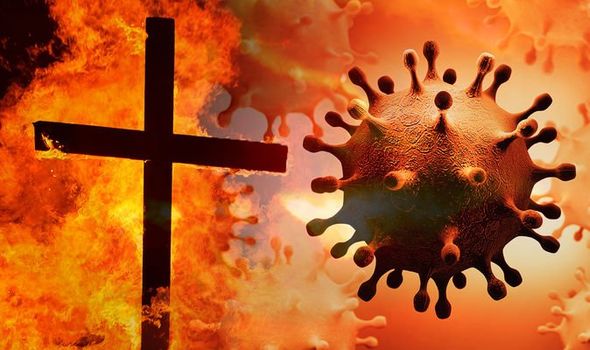 If you think that the coronavirus outbreak, murder hornets, and rioting in the streets are all signs that the end of the world may be upon us – you may be absolutely right.

According to “biblical researcher”, Mark A. Kellner, the COVID-19 outbreak is just one of many signs of the impending Apocalypse. Another, he says, are the swarms of locusts that are currently devastating India and parts of Africa.

According to local reports, the locust attack in India has already destroyed 50,000 hectares of crops in western India, and experts believe that it could negatively impact the country’s food production. To try to stem the tide, the Indian government has decided to use drones to combat the ravenous grasshoppers.

B R Karwa, project director, Agricultural Technology Management Agency in the state of Rajasthan, revealed that drones and planes will be used for the first time to stop the locust attacks in the country.

The destructive insects plaguing India, Pakistan, and other parts of the world are of the desert locust variety. Desert locusts are widely considered the most deadly migratory pests globally. The creatures often attack in swarms, and a single swarm usually spreads over a kilometer. In this one kilometer radius alone, there could be at least 80 million locusts. As locusts can travel for more than 300 miles in a day, the pests pose a threat to all nations.

Species of desert locusts are also indigenous to Egypt, and that country and other parts of East Africa are also currently under siege by the insects. This has led Kellner and many others to believe they are the vermin of the ancient locust plagues of the Bible, and of Biblical prophesies regarding the End of Days.

“Rarely since the Exodus of Hebrew slaves from Egypt has the African continent seen such a sight, locusts swarming throughout Ethiopia, Kenya, Somalia, South Sudan, and Uganda. Scripture tells us that we are living in the last days, and during that period ‘nation will rise against nation, and kingdom against kingdom. And there will be famines, pestilences, and earthquakes in various places. All these are the beginning of sorrows,” said Kellner.

According to Kellner and other conspiracy theorists, the recent coronavirus outbreak also signals the fact that humans are going through end times.

What do you think? Are the End Times upon us? Reply using the comments below!