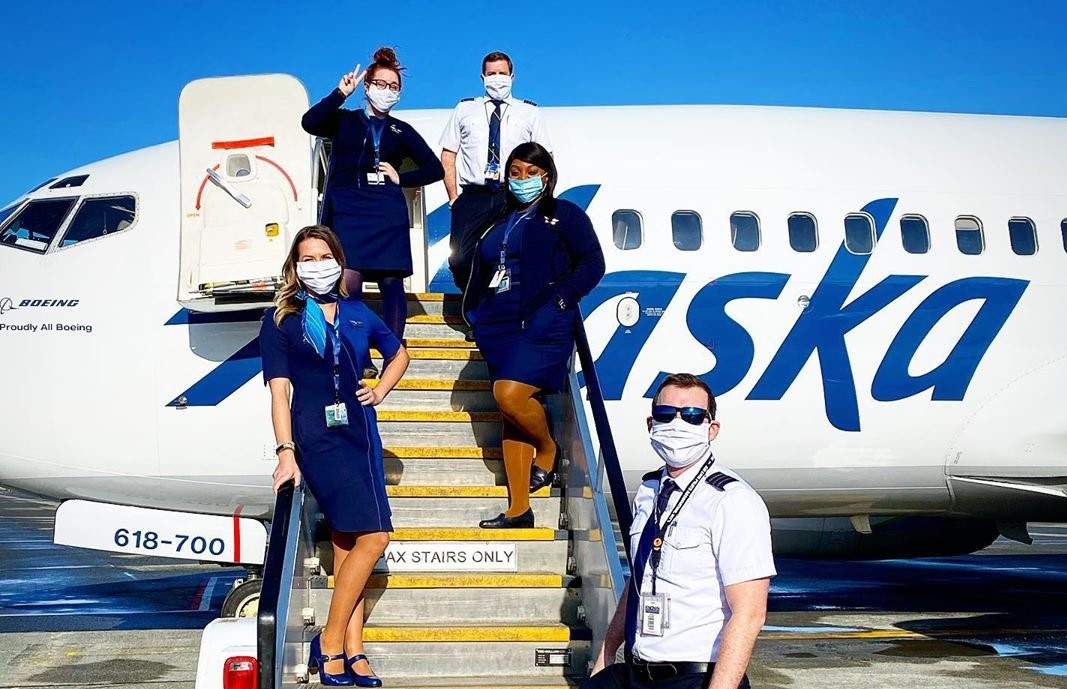 Delta Air Lines started 2020 celebrating what it said was the most successful year in company history. Not long after, it shared a record $1.6 billion in profits with its 90,000 employees. But with air travel nearly shut down by the coronavirus, the airline is now bleeding money and will drop 10 more airports from its already skeletal network on Wednesday.

Even as Delta and the other major airlines in the United States dramatically slash schedules, they are averaging an anemic 23 passengers on each domestic flight and losing $350 million to $400 million a day as expenses like payroll, rent and aircraft maintenance far exceed the money they are bringing in. Passenger traffic is down about 94 percent and half of the industry’s 6,215 planes are parked at major airports and desert airstrips, according to Airlines for America, a trade group.

Yet, devastating as the downturn has been, the future is even more bleak. With much of the world closed for business, and no widely available vaccine in sight, it may be months, if not years, before airlines operate as many flights as they did before the crisis. Even when people start flying again, the industry could be transformed, much as it was after the Sept. 11 terrorist attacks. And airline executives need only look in the not-distant past to see how lesser crises sank carriers that were household names like Pan Am and Trans World Airlines.

The current crisis could push some airlines, especially smaller ones, into bankruptcy or make them takeover targets. Consumer fears about catching the virus on crowded planes could lead to reconfigured seating. Carriers may initially entice wary travelers with discounts, but if they can’t fill up flights, they may resort to raising ticket prices.

Henry Harteveldt, president of Atmosphere Research Group, a travel analysis firm in San Francisco, said that carriers might continue to leave middle seats empty in coach “until they see demand exceed two-thirds of where it was before the pandemic.” Now, he said, “You can be benevolent. It’s easy to give away a product that you don’t have any demand for.”

To get through the next few months, airlines successfully lobbied for a huge federal rescue. But half of that money was intended to cover payroll and that will run out by the end of September. Few in the industry expect Congress or the public to tolerate another bailout. So, for now, airlines are preparing for a long, lonely fight for survival.

No amount of foresight could have prepared the industry for the pandemic.

Even Southwest Airlines, which reported its 47th consecutive year of profitability in January, expects to lose an average of $30 million to $35 million a day through June. American Airlines, the most indebted large company, is aiming to get its own losses down to $50 million a day by the end of next month. Delta and United Airlines, which were riding high after several profitable years, are prepared for a full year with virtually no passenger revenue.

“It would be naïve to believe we or anyone for that matter can accurately predict the course of this crisis or the recovery,” J. Scott Kirby, United’s president and incoming chief executive, told investors this month. “When we say plan for the worst and hope for the best, however, we really mean it.”

To stem the bleeding, airlines have made deep cuts to every imaginable expense, closing dozens of airport lounges that were once considered critical to attracting well-heeled travelers like investment bankers, freezing hiring and bonuses, slashing advertising and technology budgets and postponing cabin renovations. American is taking its entire fleet of 34 Boeing 757s and nine Airbus A330-300s out of service years ahead of schedule. Southwest more than halved an order for the troubled Boeing 737 Max.

And they’ve drastically cut their schedules, by as much 90 percent. Airlines could slash more flights, but have not for a multitude of reasons. Schedules are often set weeks in advance and many flight costs, including those for cabin crews and pilots, are fixed. In addition, the federal stimulus passed in March requires that airlines continue minimum service, and there are costs associated with parking aircraft, too. Still, even with few passengers, airlines are earning some money from the cargo they carry in the bellies of their planes.

Desperate to preserve cash, the airlines have also aggressively discouraged customers from seeking refunds, offering vouchers for future travel instead and attracting the ire of lawmakers. Legally, passengers are entitled to refunds for canceled flights and, at a hearing last week, Senator Richard Blumenthal, Democrat of Connecticut, described the practice of pushing vouchers instead as “misleading and sometimes deceptive.” Nicholas Calio, chief executive of the industry trade group Airlines for America, said that refunding all tickets could lead to bankruptcy.

The industry has leaned on employees for savings, too, getting more than 100,000 to voluntarily accept fewer hours, lower pay or early retirement. Payrolls have largely been spared the ax, for now, because Congress set aside $25 billion to pay workers through September as long as airlines refrain from imposing furloughs or pay cuts. But some airlines have already tested those limits, and executives have signaled that layoffs will come when those protections expire.

Southwest’s chief executive, Gary Kelly, last month warned employees that if a dramatic rebound doesn’t materialize by July, the airline could shrink. It wasn’t a prediction, he said in a recorded message, but a recognition that the timing of the recovery is out of the company’s hands.

“Our goal is to thrive,” he said. “The imperative here is to survive.”

There’s little indication that a recovery is coming soon. Most industry analysts and executives expect years to pass before airlines fly as many passengers as they did before the pandemic. Even then, a rebound may come in fits and starts, propelled by medical advancements, an economic rebound and shifts in the public’s tolerance for risk.

Take China, for example. The number of domestic flights there started to recover in mid-February, but plateaued in early March at just over 40 percent of levels before the outbreak, according to the International Air Transport Association, a global industry group.

Poll after poll has shown that the vast majority of people are likely to wait on the sidelines for quite some time. According to one recent survey by the Democracy Fund + U.C.L.A. Nationscape Project, 60 percent of people would “definitely or probably” not fly even if stay-at-home orders were lifted on the advice of public health officials.

“The airlines certainly need to get back into business but they’re going to be facing a public that’s going to be scared to travel,” Mr. Harteveldt said. “I think a lot of people all over the world are going to be wrestling with fear and trust.”

Business travel may recover sooner, at least according to a survey of the members of the Global Business Travel Association that found that a majority of travel managers expect trips to restart in the coming months. Yet Mr. Kelly, of Southwest, told the PBS NewsHour that work travel would probably be depressed for years.

With so much out of their hands, airlines have focused instead on what they can control.

Since early March, the industry has steadily escalated efforts to convince passengers that planes are not flying petri dishes. Last week, United and Delta started requiring masks for passengers. On Monday, American and Southwest will do the same.

On Thursday, Frontier Airlines became the first U.S. company to announce that it would turn away passengers or crew members with a temperature of 100.4 degrees Fahrenheit or higher starting June 1. On Saturday, Airlines for America said its members, which include the major airlines, were calling on the federal government to take the temperatures of all travelers during the expanded security checks introduced after the Sept. 11 attacks.

That event was once the industry’s defining crisis, a shock so severe that it took years for passengers to return and fundamentally changed flying. The current pandemic could do the same.

“If you think about everything that came out of 9/11, with T.S.A. and Homeland Security and new public agencies, could there be a new public health agency coming out that requires a new passport to travel?” Delta’s chief executive, Ed Bastian, said last month, referring to the Transportation Security Administration. “I don’t know. But we’ll be on the forefront of all those advances.”

After spending the past decade consolidating, paying down debt, investing in planes and technology, and finding new ways to make money through fees and credit cards, the industry was in better shape than ever.

Now the airlines are triaging. Even as they slim down to preserve cash, they are finding ways to make what little money they can. Many have put otherwise unneeded planes to use transporting cargo, including medical supplies, taking advantage of a spike in freight prices.

And after passenger volumes fell in March and much of April, there are some signs that the industry has hit bottom. But there wasn’t much lower to go: The number of people screened by the T.S.A. in mid-April was down to about 4 percent of last year’s levels. By Friday, screenings were back up to about 8 percent.

But the good news doesn’t even amount to a glass half full. United’s Mr. Kirby said this month that the airline was seeing a spike in searches for 2021 spring break travel, more than it saw at this time last year. But those won’t turn into bookings until the virus “is sufficiently contained,” he warned.

And next spring is still almost a year away. The question is whether the industry can hang on.