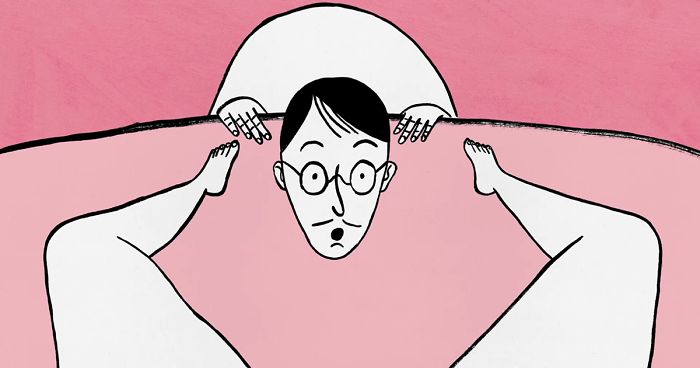 How does one politely and discreetly discuss sexual intercourse and pleasure without saying the wrong thing or offending someone? I’m not sure, but please be assured that this topic is a delicate one and if I say anything offensive to anyone, I humbly apologize now as no offense is intended.

Sexual relations have dominated much of mankind from the very beginning. While designed for procreation, there is also a sense of pleasure in the act and to many, that sense of pleasure can be very intense and desirable. This pleasure is what led to things like prostitution, adultery, fornication and sex slavery. For too many, the gratification of this intense pleasure drives them beyond their societal norms.

The main source of this pleasure differs from men and women. In men, the sensation of intercourse is felt in the male organ and leads to his orgasm and ejaculation of semen. In women, the pleasure is felt in a small bit of tissue known as the clitoris which often causes a woman to orgasm during sex.

The purpose and reputation of the clitoris has long been associated with evolution and sexual pleasure, as revealed by Medical NewsToday.com:

So, what is there to know about this elusive organ, and why are we still struggling to understand it? Read on to find out.

The nature of the clitoris can be found in the name itself; “clitoris” comes from the Ancient Greek word “kleitoris,” meaning “little hill,” and which itself may also be related to the word “kleis,” meaning “key.”

Although this organ may be the key that unlocks female sexual pleasure, it is not just a “little hill,” as it has long been believed…

Due to its high level of sensitivity, the clitoris is usually the main player when it comes to the female orgasm.

Popular culture and pornographic material often tend to depict the female orgasm as something usually achievable solely through penetration, but science tells a different story altogether…

The clitoris has also sometimes been seen as a female penis, largely due to a phenomenon that we may refer to as “biological homology,” which refers to the fact that all fetuses are born, as Emily Nagoski puts it, with “all the same part, organized in different ways.”

This is also why men — who, unlike women, will not need, or be able, to express milk and breast-feed babies — have nipples…

According to Nagoski, the female orgasm is a “byproduct” of biological homology, and so it should be celebrated as a fantastic bonus…

But why has it taken so long for scientists to start taking more of an interest in the clitoris, and why is it that someone only took the initiative to scan the clitoris and produce an accurate representation of it in 2009?…

However, a recent study claims that the clitoris has another important purpose other than pleasure:

The results are finally in – a study in Clinical Anatomy has found that the clitoris does play an important role in reproduction, activating a series of brain effects (taking as read, incidentally, that it is done right: so we are talking about a female orgasm, not about an ignored clitoris, sitting there, minding its own business). Those brain effects in brief: enhancement of vaginal blood flow, increased lubrication, oxygen and temperature, and an altered position of the cervix, which paradoxically slows down the sperm and improves their motility…

In other words, the clitoris plays an important role in the original design of human reproduction. Isn’t it amazing how everything is so perfectly designed to work together for a general purpose? Not really!