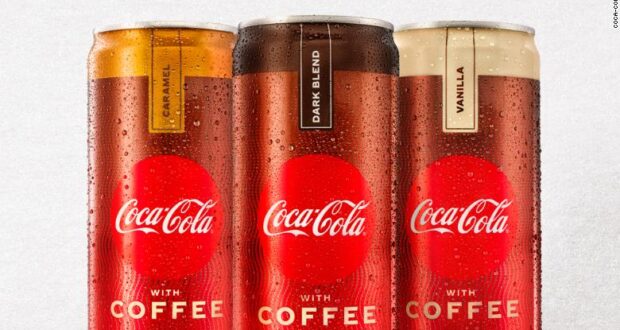 Coke With Coffee Will Hit US Stores Next Year

Coca-Cola said Friday that it will debut a new Coke with coffee drink in stores in the United States in January to broaden its beverage lineup.

The launch comes at a time when consumer tastes are changing. Sugar-conscious customers are turning to water, seltzer and beverages that offer a nutritional or energy boost. Coke said in a press release that consumers are “more open to trying new category-crossing drinks.” Sparkling juices or juice-tea blends are other examples of the trend.

Coke isn’t the only company combining coffee and soda. Competitor PepsiCo (PEP) also launched a new coffee-infused cola last year. Pepsi Café, which also comes in a vanilla flavor, hit shelves throughout the United States in April for a limited time. It’s nearly twice as caffeinated as a regular soda.

Coke has ventured into soda with coffee before…

In 2006, Coca-Cola (COKE) launched Coca-Cola Blak, a coffee-flavored version of its signature product. People didn’t like it, and the beverage flopped. Coke stopped selling the product in 2008, just two years after it launched.

“That was a trend before its time,” Quan said. “I don’t think people were ready to have a coffee portfolio within the Coca-Cola brand.”

Over the past few years, Coke has been releasing a similar product called “Coca-Cola Plus Coffee” or “Coca-Cola With Coffee” in international markets. The new product contains more real coffee than Blak did. There’s also an additional caffeine jolt: The product is more caffeinated than regular Coke.

Previous: Ellen DeGeneres’ Investigation Could End Her Career
Next: Zuckerberg Says There’s ‘No End In Sight’ To Working From Home