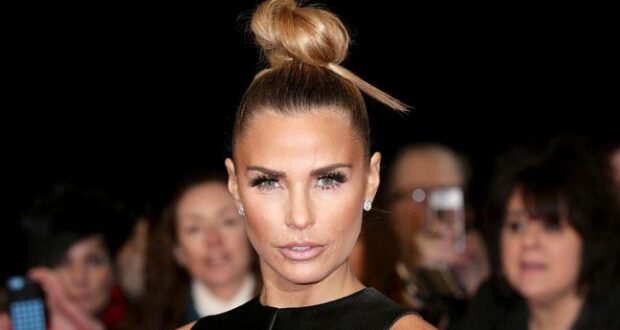 Katie Price has been told she won’t be able to walk for up to six months after breaking both her feet.

The star, 42, suffered the injury during a holiday in Turkey with her children Princess and Junior and her new beau Carl Woods.

The Sun reported that she hurt herself jumping off a wall at theme park Land Of Legends.

Posting a picture of her bandaged legs on Instagram, Price said she was going to have to undergo surgery.

“Yes it’s true I have broken my ankles and my feet,” she wrote.

“I have to have both feet operated on and pins put in been told I won’t be able to walk for 3 to 6 months, @carljwoods is being amazing looking after me.”

Princess, Price’s 13-year-old daughter from her former relationship with singer Peter Andre, was among those to post messages of support.

Many fans also expressed their sympathy and wished Price a speedy recovery.

The injury is the latest bad news for the star, whose 18-year-old son Harvey recently spent several days in hospital.

The teenager – who has Prader-Willi syndrome, which causes obesity, and is autistic and partially blind – was admitted to Epsom Hospital on 12 July with a high temperature and breathing difficulties, and was released around 10 days later.

And there was more heartache for the family last week when Princess’s puppy, Rolo, passed away just weeks after she got him for her birthday.

Previous: Zuckerberg Says There’s ‘No End In Sight’ To Working From Home
Next: Time to Quit Huawei and Tik Tok