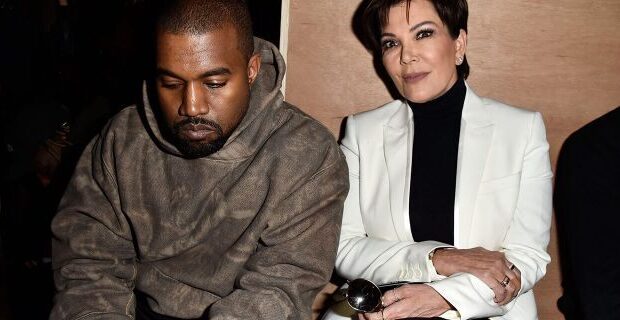 Over the last few days, West, 43, reportedly referred to Jenner, 64, as “Kris Jong-Un,” called her boyfriend Corey Gamble “Calmye,” said the matriarch is involved in “white supremacy” because she didn’t reply to his texts, and informed her that she couldn’t see his kids.

Rather than address her son-in-law’s comments, Jenner broke her social media silence to post a video on her Instagram Story of a box of beignets from the bakery Beignet Box.

Feel-good music played in the background of her short clip.

“As many of you know, Kanye has bi-polar disorder. Anyone who has this or has a loved one in their life who does, knows how incredibly complicated and painful it is to understand,” Kardashian, 39, began in a lengthy statement.

The KKW mogul continued: “He is a brilliant but complicated person who on top of the pressures of being an artist and a black man, who experienced the painful loss of his mother, and has to deal with the pressure and isolation that is heightened by his bi-polar disorder.”

The “Keeping Up With The Kardashians” star also addressed West’s offensive remarks towards her, her family and friends.

“Those who are close with Kanye know his heart and understand his words some times do not align with his intentions,” Kardashian said.

The rapper also claimed he’s been “trying to divorce” Kardashian in a now-deleted tweet.

Previous: Doomscrolling Is Slowly Eroding Your Mental Health
Next: Texas is Now Home to the 3 Worst Federal Prison Coronavirus Outbreaks