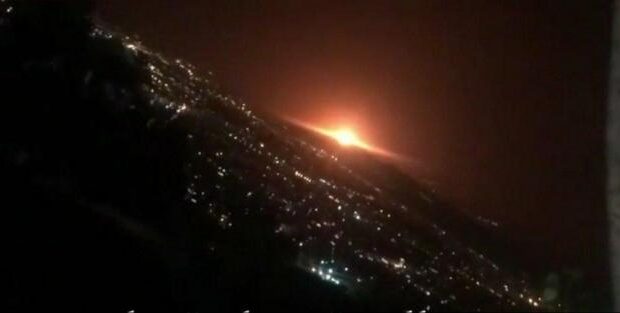 What’s the Deal With the Mysterious Explosions Rocking Iran?

In recent weeks Iran has been rocked by mysterious explosions. Even worse they have occurred in and around the country’s nuclear facilities and other “sensitive areas.”

Three incidents, including two explosions at nuclear facilities, have shaken Iran in recent days. Are they all connected? Were they caused by accidents – as Tehran claims, or were they carried out by a foreign power? If the latter, who, the US, the Israelis? If so, how were they pulled off, and what does that mean for strained relations in the Middle East?

One of the blasts severely damaged one of the most sensitive and prized sites in Iran’s nuclear program. The focus of allegations of an attack fall mostly on Israel, which has conducted clandestine operations on Iranian soil in the past – seizing documents and files about Iran’s nuclear program. Israel has a vested interest in seeing that Iran never becomes a nuclear power. However, if the blast was indeed an act of saboteurs, Israeli or otherwise, it would mean that there are significant security deficiencies and possible enemy infiltration at some of Iran’s most sensitive sites.

The latest and most damaging explosion took place on July 2, at a workshop near the central Iranian city of Natanz, where scientists and engineers have been striving to build advanced centrifuges to more quickly and efficiently produce enriched uranium that could be used for atomic weapons. It followed a June 26 explosion at the missile facility of Parchin, which was allegedly used to conduct nuclear research in the 1990s, on the outskirts of Tehran.

Iran has now admitted that the July 2 blast caused “significant damage” but has not disclosed what caused it. It has yet to react to allegations in published reports that Israel placed a bomb in the building, but has insisted it plans to build an even bigger – and presumably more secure — facility to replace it.

“There were no casualties as a result of the incident, but significant damage was incurred,” said Behrouz Kamalvandi, spokesman for Iran’s atomic energy authority. “There were advanced equipment and precision measurement devices at this site that were either destroyed or damaged … possibly causing a delay in development and production of advanced centrifuge machines in the medium term.”

According to satellite imagery, the damage appears to be extensive, and potentially caused a major setback in Iran’s nuclear research and development program. Fortunately, there have not been any reports of radiation leaks from the site.

In addition to the June 26 and July 2 incidents, on June 25, a massive explosion, seen many miles away in Tehran, burned a hillside near a missile complex at Khojir. On June 30, a medical center suffered a fire in Tehran, killing at least 18 people.

All of these explosions have lead to key questions about why so many such incidents have rocked critical aspects of Iran’s military-industrial complex. Rumors posted on social media and elsewhere online have suggested not only a cover up, but also allegations of a “cyberattack” by Iran’s enemies. In the past, Iran blamed a cyberattack on the Shahid Rajaee port in May, on Israel. That attack which harmed the port was in the wake of a confirmed cyberattack on Israel by Iran.

Israel is currently the only nuclear power in the Middle East. The Israelis and the Trump administration are convinced Iran is using the guise of a civilian nuclear program to pursue nuclear weapons capabilities.

What do you think, are the explosions in Iran the result of Israeli military strikes?  Reply in the comments below.