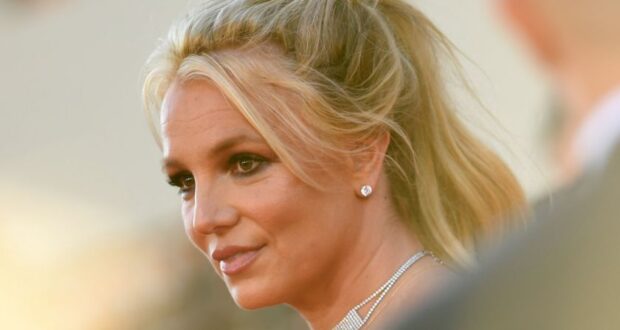 Britney Spears’ Conservatorship Hearing Is Sealed From The Public… Again

A Los Angeles judge on Wednesday granted a motion to seal a hearing and transcripts in Britney Spears’ conservatorship case, a day after the singer’s request to remove her father as sole conservator of her personal and professional life — a role he’s held for the past 12 years.

In a status hearing closed to the media and public, Judge Brenda Penny was set to evaluate the role of Spears’ temporary conservator, Jodi Montgomery, and her request to curb James “Jamie” Spears’ broad authority over his daughter’s life. Penny granted the motion to seal and cleared the courtroom, The Times has confirmed.

It’s the latest development in the protracted case that has been complicated over the years and concealed from the public in probate court.

The 38-year-old entertainer has not had full control over her life or business affairs since her public unraveling in 2008. After psychiatric lapses, Spears was subject to a court-approved conservatorship — known in other states as a legal guardianship — that has given her father authority over her finances and many personal decisions.

She asked the court to remove her father— who has long handled the decision-making in both her personal and professional life — as her sole court-appointed conservator. She also requested that Montgomery, the temporary, licensed professional conservator overseeing her case since September, be named permanent conservator of the entertainer’s personal affairs.

Spears said that did not mean she would be waiving her right to seek an end to the entire arrangement.

“We are now at a point where the conservatorship must be changed substantially in order to reflect the major changes in her current lifestyle and her stated wishes,” Ingham wrote.

Jamie Spears has been calling the shots on his daughter’s estate since his co-conservator, attorney Andrew M. Wallet, resigned in March 2019. Britney Spears is also opposed to her father continuing in that capacity by himself and prefers to have a “qualified corporate fiduciary” appointed to serve in the role, Tuesday’s court documents said.

Ingham said the conservatorship “rescued her from a collapse, exploitation by predatory individuals and financial ruin” when the case began in 2008. It also covered her resurgent performing years.

He declined to comment on the pending case on Wednesday.

Last year, the pop star canceled her Las Vegas residency and checked into a mental health facility after revealing that her father was sick. She has not performed live since 2018.

All the while, the viral #FreeBritney campaign has escalated, garnering more than 106,600 signatures on a change.org petition to dissolve the conservatorship along with celebrity support from Rose McGowan, Ruby Rose, Miley Cyrus, Paris Hilton and Ariel Winter.

Supporters held a rally outside the Stanley Mosk Courthouse in downtown L.A. Wednesday around the time of the hearing. The American Civil Liberties Union also publicly offered its services Wednesday to help Spears lead a “self-directed” life and get out of the conservatorship.

The “… Baby One More Time” singer’s fans have reignited fears that she is trapped and sending coded messages for help through her Instagram posts. They continue to question Jamie Spears’ handling of the musician’s life. Earlier this month, he slammed the #FreeBritney campaign, arguing that the movement’s organizers are “conspiracy theorists.”

“All these conspiracy theorists don’t know anything. The world don’t have a clue,” he told Page Six. “It’s up to the court of California to decide what’s best for my daughter. It’s no one else’s business.”

The elder Spears also denied long-running rumors that he’s skimming money from the singer’s estate, noting that he has to report all expenses to the court annually.

Organizers behind the #FreeBritney petition want the conservatorship to be “investigated for abuse and ultimately terminated so Britney can finally be free and live her best life.” They claim her father doesn’t allow her to drive, has her calls and messages monitored, and doesn’t allow her to vote, hang out with anyone or spend her money without permission.

“And if she breaks a ‘rule’ he threatens to have her kids taken away!” the petition alleged.

A rep for Jamie Spears declined to comment on Wednesday.

Previous: The Curious Problem of Obesity Among The Poor
Next: Loughlin’s Husband, Mossimo Giannulli, Sentenced to 5 Months