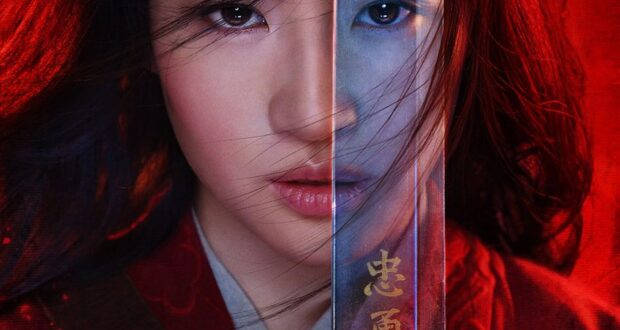 Disney Has No Idea What It’s Doing With ‘Mulan’

Who wants to pay $30 to watch the live action Mulan remake on Disney+? No seriously, who? I’m asking, because Disney also seems pretty confused about this whole thing. And I’m fairly sure they’re just making everything up as they go along. Disney announced during its earnings call that the long-awaited Mulan would arrive on Disney+ on September 4th as a premium offering.

And yes, that means you’ll have to pay $30 on top of the $7 monthly or $70 annual Disney+ subscription fee to watch Mulan. On the face of it, the news seems baffling, especially since Disney has never mentioned the possibility of bringing additional purchases to Disney+. It also took the company several hours to clarify that you’re actually purchasing Mulan digitally, and not just renting it.

Specifically, a spokesperson said you’ll have access to the film as long you’re a Disney+ subscriber. That’s great news if you were hoping to rewatch it, but it’s definitely a strange way to handle a purchase. iTunes or Vudu don’t demand a monthly subscription for you to access films you digitally own, so I’m not sure how Disney can justify this limitation. Disney could allow Mulan to sync up with MoviesAnywhere, so it’s accessible on other services in the future. But, there’s been no suggestion that will be the case. Again, it’s like the company hasn’t fully thought out this whole plan — it’s just taking a gamble and seeing if consumers bite.

During Disney’s earnings call, CEO Bob Chapek said that it was treating this Mulan release as a one-off event, meaning the company isn’t planning to offer other upcoming films as a Disney+ purchase. But, he also said Disney would be paying close attention to how Mulan performs. If it ends up earning a ton of money and convinces people to subscribe to Disney+, you can bet the company will consider similar premium offerings for other films. After all, it needs to make up for theaters being closed during the COVID-19 pandemic and limited theme park access. Disney’s revenue basically cratered during the last quarter, which explains why it may be so willing to throw caution to the wind with Mulan.

I can understand why many people might be turned off by the idea of spending an extra $30, especially when the movie will most likely show up on Disney+’s normal lineup a few months later. That’s twice the price of an average movie ticket in a major city, and it’s unclear if you’ll get any extras or special features. But for parents with kids, Disney’s gamble is an intriguing one. A family of four would need to spend much more than $30 to get to a theater, and that’s just for tickets. That’s not including snacks and the headache of dealing with kids in a public space.

Sure, it’s not like we can even run out to a theater now, but compared to the state of the world in the before times, $30 doesn’t seem completely unreasonable. We’ve seen other studios experiment with faster VOD turnarounds during the pandemic, and those are typically $20 rentals. Spending a bit more to virtually own a movie seems worth it.

Part of the problem for Disney is that it’s been undercutting itself by making Disney+ an incredible value for subscribers. Not only do they have access to many major franchises and releases, the company dropped major films like The Rise of Skywalker early as the pandemic forced us indoors. It even released Hamilton on the service over a year early at no extra cost. As much as I’m looking forward to Mulan, I don’t think it’ll have the cultural impact of that musical. So is it really worth an extra $30?

It’s particularly baffling that Disney hasn’t even put this Mulan offering in writing at the time of this post. There’s no mention of it on the Disney+ Twitter, or any of the company’s corporate PR sites. All we have to go on is what Bob Chapek said during his earnings statements, and Disney PR’s confirmation that it would be a digital purchase. And even that was on background, so we can’t even quote the reps by name. This all feels particularly strange coming from a company known for strictly controlling corporate messaging.

Here’s the thing: I think it’s smart for Disney and other giant media firms to explore new ways to bring movies to consumers. Until a COVID-19 vaccine is widely available, we won’t be rushing back into theaters anytime soon. I’m just hoping the company has a more solid plan than it seems on the surface, especially when it comes to locking in a digital purchase to Disney+. Because if they bungle this release, it could hurt other attempts at bringing theatrical experiences into homes.