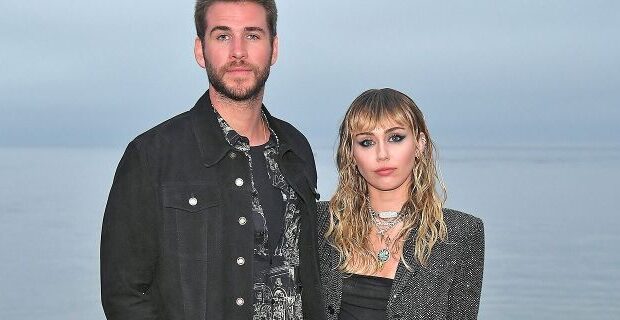 It appears Miley Cyrus kept a big secret from her ex-husband Liam Hemsworth for the majority of their 10-year on-and-off relationship.

The “Nothing Breaks Like A Heart” singer spilled details about her sexuality in a new candid interview, revealing that she lied about not being a virgin to the man she ultimately lost her virginity to.

“I didn’t go all the way with a dude [until] I was 16,” Cyrus, 27, confessed on the Call Her Daddy podcast with Alexandra Cooper on Friday.

While Cyrus did not mention Hemsworth by name, she did drop a couple of hints about his identity.

“It wasn’t Nick Jonas but I ended up marrying the guy so that’s pretty crazy,” Cyrus said, alluding to Hemsworth.

The Disney Channel alum and Hemsworth got married in December 2018, eventually calling it quits in August 2019. Their divorce was finalized earlier this year.

Cyrus revealed she lied about not being a virgin so she “’didn’t seem like a loser.” She ultimately came clean about it years later.

Despite their on-and-off relationship, Cyrus called her relationship with Hemsworth “an amazing time” in her life.

The actress also revealed her first sexual experience was with two girls.

“In my relationships with men, a lot of the times, I kinda hold a more dominant space,” she said on the podcast.

Cyrus also dished on the top qualities she looks for in future male relationships.

“I need to find a guy that’s confident enough in himself that he’s OK that I’m kind of masculine and strong, and there’s a lot of qualities to me that tend to associate more with the male role, and that’s just bulls–t,” she stated.