Restaurant in China Weighs Diners Before They Can Eat! 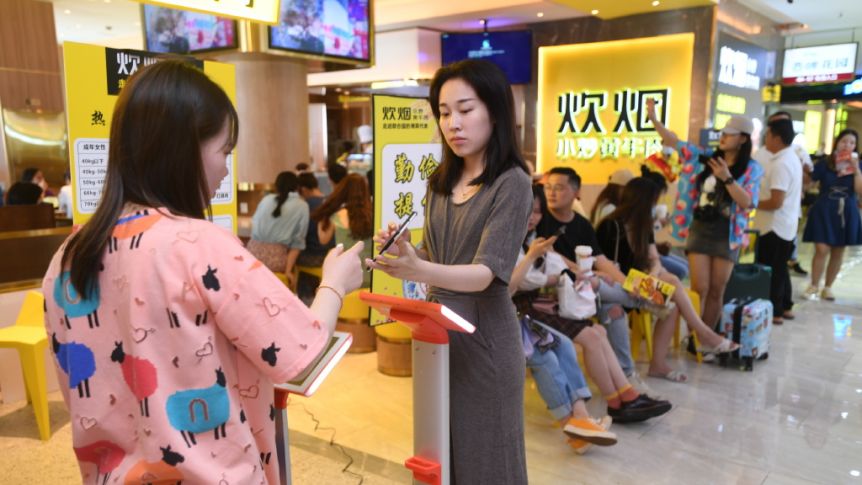 It is becoming more and more common to see signs on US restaurants that say “No Mask/No Service.” However, a restaurant in China has been making a more “weighty” decision as to who can enter their dining room. Patrons are weighed before they enter!

Customers going into the popular Hunan chain Chuiyan Fried Beef, in the city of Changsha, were asked to weigh themselves on a set of scales and provide personal information. The restaurant would then suggest menu items based on their weight and body type.

However, the restaurant has since apologized for the practice. Facing online accusations of fat shaming, Chuiyan Fried Beef said in a statement over the weekend, that it was trying to help curb food wastage. The restaurant chain said customers hadn’t been forced to step on the scales — and while it “deeply regretted” the controversy, it would still allow customers to weigh themselves, if they chose to, at its outlets.

“Netizens are welcome to come to the store to experience it and give their comments and suggestions,” the statement said.

Chinese President Xi Jinping announced a food waste minimization campaign on August 11, as China continues to grapple with a slowing economy. The country has also faced a number of food crises over the past year, with record flooding ruining rice crops and a swine fever epidemic leading to the mass culling of pigs. According to the operators of the chain, it was in light of this that the restaurant was doing the weigh in, and not anything to do with making “better food choices” for obese patrons.

Besides the scales on the outside, there are signs throughout the inside of the restaurants that encouraged diners to “clean your plate” and “be thrifty and diligent.”

Chuiyan isn’t the only restaurant or group establishing tighter rules on consumption. Last week, a catering association in the central city of Wuhan advocated for customers to order “N-1” dishes, or one fewer dish than the number of people dining.

What do you think of this practice by the Chinese? Fat shaming or reducing food waste? Please reply in the comments below.

6 thoughts on “Restaurant in China Weighs Diners Before They Can Eat!”