Home » Love & Life » Super-Yachts Are Flocking to Croatia and Turkey 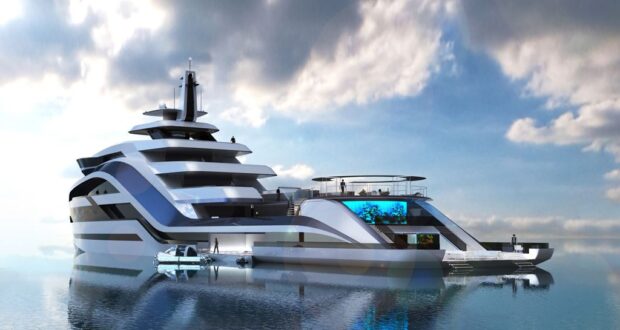 Super-Yachts Are Flocking to Croatia and Turkey

Forget Spain for a summer holiday overlooking the Mediterranean Sea. Croatia and Turkey are the up and coming destinations for international super-yachts.

With some European countries reimposing restrictions to avoid another Covid-19 flareup, the ultra-rich are abandoning some of their traditional mooring spots.

At least 63 mega-yachts are now sailing off Turkey, the most since 2017 and up from 26 at this time last year, according to tracking data compiled by Bloomberg. That’s good news for a country whose currency plunged to a record amid a surge in foreign capital outflows.

The 459-foot Scheherazade sailed into Turkey over the weekend. The 325-foot Madame Gu, reportedly owned by Andrey Skoch, and the 280-foot Pacific of Russia’s second-richest man, Leonid Mikhelson, are among the other ships dropping anchor off the country’s coast.

Turkey has long been a favorite for Russian vacationers. When Russia lifted a travel ban last week, 80 flights carrying 23,000 revelers arrived in Antalya in just one day, Daily Sabah reported. During the early stages of the health crisis, Turkey was seen as a Covid-19 safe haven among wealthy individuals, which was reflected in an increase in July’s yacht numbers.

Croatia and Greece are attracting more super-yachts too, with their numbers also at three-year highs. The largest vessels in Croatia are Roman Abramovich’s 533-foot Eclipse, the fourth-longest yacht in the world, and the 381-foot Ulysses, owned by New Zealand’s richest man, Graeme Hart. The newly delivered 312-foot O’Pari is among those spotted in Greece.

On the other side of the Mediterranean, Spain witnessed the largest decrease in super-yacht count, with 26 of them leaving its shores since last month. The largest yacht in the world, the 590-foot Azzam owned by UAE President Sheikh Khalifa Bin Zayed Al Nahyan, pinged in early August off Cadiz after completing a retrofit in a Spanish shipyard weeks earlier.