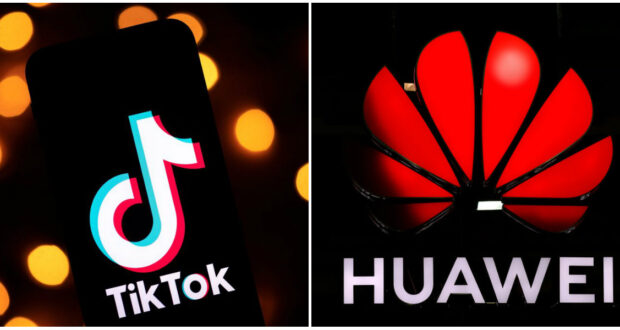 The second most popular app in the world is the Chinese Tik Tok.  It has become wildly popular with the younger generation here in America – and elsewhere around the world.  But that Chinese ownership is a problem.

Now let’s face facts.  The Chinese do not only steal highly technical intellectual property, but they abuse it –weaponizing it.   Connecting the people of the world is a good thing, but to use the same technology to gather and manipulate data in the pursuit of authoritarian objectives is not such a good thing – at least not for any nation other than China.

Thanks to cooperation with Microsoft, the Chinese have an advanced Artificial Intelligence platform that uses data collection and facial recognition to literally control the more than 1.6 billion citizens of the Middle Kingdom.  They apply the same surveillance to tourists, foreign business executives, exchange students (on both sides of the exchange) and even Chinese folks who have taken up residency or citizenship in other nations.

In one of the most frightening examples of technological overreach and abuse is China’s use of facial recognition – tied to a civic evaluation of every … EVERY … citizen.  It is like having a credit rating for a person’s pollical and social views.  And they can identify that person through facial recognition.  If you show up at Hong Kong demonstrations, the overlords in Beijing can know who you are.  They can adjust your civic rating accordingly – making it harder for you to get into good schools or get a good job.  From your phone data, they know your friends, your likes and dislikes and your net worth.  They can block your phone – which in China is used for almost all transactions and communications.  They can force you off social media – essentially ostracizing you.

First let us keep in mind that  American companies routinely gather data on us whenever we use our phones or computers.  That is why it you search for a new car, you are likely to be flooded with emails, text messages and advertisements from car dealers – including those annoying pop-up ads.

If we get hacked, criminals can get all kinds of personal information – and even steal our electronic identity.  We have learned that our cell phones and computers can have the microphones and cameras turned on by hackers without or knowledge.  In other words, we are volunteering to carry around the very equipment used to spy on us.

This is bad enough when some crooks do it but imagine the possibilities when the hacking and spying is state-sponsored.

Huawei and Tik Tok pose a particularly dangerous threat.  That is why they are blocked by our military.  Soldiers are told not to have Huawei phones and the Tik Tok app on devices while on military installations.

The United States and other western nations have taken steps to ban the Chinese products because of the problem.  But we as citizens can do our part.  We should not own or use those products … period.  We have enough options – and enough problems with them – that we do not have to encourage more intrusion into our lives by bad acting foreign powers.  I am not traditionally a fan of any sort of boycotts, but in this case, I encourage everyone to boycott Huawei and Tik Toc.

Previous: Katie Price Breaks Both Feet And Won’t Be Able To Walk For Months
Next: 90 Day Fiancé: Angela Is Disappointed in Michael’s Reaction to Her Cancer Scare