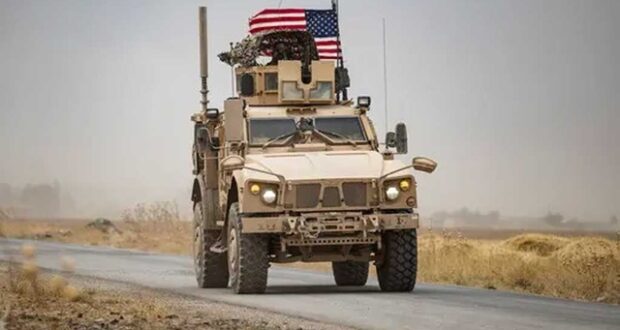 US Troops Injured In Collision With Russian Military

Multiple US troops were injured in a collision with a Russian military convoy in eastern Syria last week, according to several US officials.

The official said that the injuries occurred when one of the Russian vehicles apparently deliberately collided with the American vehicle causing the crew to suffer “concussion-like injuries.” Initial reports indicate as many as four Americans may have been injured.

The officials said a Russian military helicopter flew low and fast over the area in a tactic that is often used by military forces to try to disperse personnel on the ground.

Despite US military leadership at the highest levels being aware of the incident within a short time of it occurring, the Pentagon has still not publicly acknowledged that Americans were hurt, the officials said.

The Pentagon and US-led military coalition fighting ISIS in Syria did not immediately respond to a request for comment about the incident.

Multiple US officials familiar with the matter told CNN that the White House was involved in discouraging the Pentagon from publicly confirming the incident in Syria.

One US official said there was a draft statement from the military about the altercation but that it wasn’t ultimately signed off on by the White House. The official explained that the reasons for caution from the White House weren’t clear, though said it was likely officials wanted time to discuss the situation with Russian counterparts.

The reluctance to issue a statement about the incident comes as the Trump administration has drawn scrutiny over what many have said is its hesitancy when it comes to condemning Moscow over issues such its interference in the 2016 election and reportedly paying incentives to Taliban-linked militants to target US troops in Afghanistan.

The National Security Council did not respond to a request for comment, but a statement was provided to CNN by the Pentagon on behalf of the NSC.

“During this interaction, a Russian vehicle struck a Coalition Mine-Resistant Ambush Protected All-Terrain Vehicle (M-ATV) causing injuries to the vehicle’s crew,” National Security Council spokesman John Ullyot said in a statement, adding that “unsafe and unprofessional actions like this represent a breach of de-confliction protocols, committed to by the United States and Russia in December 2019.”

“The Coalition and the United States do not seek escalation with any national military forces, but U.S. forces always retain the inherent right and obligation to defend themselves from hostile acts,” Ullyot said.

Commander Jessica McNulty, a Pentagon spokeswoman, told CNN that the delay in commenting on the incident was due to the fact that the Defense Department “was coordinating a response with the White House and Department of State.”

The Chairman of the Joint Chiefs of Staff Gen. Mark Milley spoke with his counterpart, Chief of the Russian General Staff Gen. Valery Gerasimov by telephone on Wednesday, according to Milley’s spokesperson.

The spokesperson provided no details of the call citing past practice.

US military personnel in Syria have often found themselves operating in close proximity to Russian troops who are backing the Syrian regime, but this is believed to be the first time US troops have been injured in an encounter with Russian forces.

While officials with the US-led coalition have publicly described those interactions as largely professional, touting the existence of de-confliction mechanisms with Russia, the number of encounters have increased as Russian forces moved into areas that were ceded by the US and its local Syrian allies following the Trump administration’s decision to pull forces back from the Syrian-Turkish border.

One official emphasized that Tuesday’s incident occurred in the established security zone in eastern Syria where US and Syrian Democratic Forces regularly operate, adding that the Russians are aware they are under obligation to deconflict their operations with the US in that area.

US Secretary of Defense Mark Esper had a phone call with his Russian counterpart Defense Minister Sergei Shoigu last week to discuss “ways of mutual trust and transparency enforcement — in order to prevent accidents occurring during both countries’ military activity,” according to a statement from the Russian Defense Ministry.

The Russian statement said that “the talk was held upon the US initiative.”

The Pentagon refused to issue a statement about the call but a Defense Department official confirmed to CNN that the call did take place without providing any additional details.

Moscow has long protested the presence of US troops in Syria where they primarily work with the Kurdish-led Syrian Democratic Forces to combat the remnants of ISIS.

Russia has particularly protested the presence of US and Kurdish forces in the vicinity of Syria’s oil fields, which the Syrian Democratic Forces are using to fund its operations and governance initiatives.

The oil fields were the site of a clash between US forces and Russian mercenaries in 2018 when the latter group sought to seize the oil fields.

The US military believes Russia has been granted contracts by the regime in Damascus to develop the oil fields under the control of the Kurdish led Syrian Democratic Forces and is eager to eject the US and its local allies from the area.