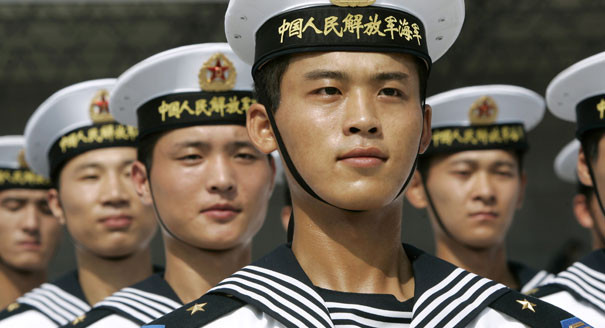 China is Building a Naval Fleet – Why the DoD is Concerned

What’s Really Going On With China and Its Massive Navy?

According to a disquieting report just released by the Pentagon, by the end of this decade, China is expected to operate as many as 360 to 400 ships. This significant increase in China’s naval power is concerning to the US Department of Defense (DoD).

The Chinese Navy is already the largest in the world. They have a fleet of more than 350 ships which includes a fast-growing armada of destroyers, carriers, and submarines. This reality continues to raise concerns with the Pentagon and Navy weapons developers.

“China is the top ship-producing nation in the world by tonnage and is increasing its shipbuilding capacity and capability for all naval classes,” the report said.

How Do We Compare?

China’s growing fleet is already much larger than the U.S. Navy’s 293 ships. In fact, some Navy leaders and observers say pure numbers may not ultimately be the measure of superiority. The Pentagon report does make this point, yet with the clear caveat that China’s emerging fleet size is indeed concerning.

“There is certainly more to naval power than ship counts, total counts of the Chinese vessels, there’s tonnage … but I would also draw your attention to weapons systems and it’s important to highlight the Chinese shipbuilding advantages in terms of its size of fleet,” Chad Sbragia, Deputy Assistant Secretary of Defense for China, told reporters when addressing the report, according to a Pentagon transcript.

According to a May 2020 Congressional Research Service Report, “China Naval Modernization: Implications for U.S. Navy Capabilities. “Beijing has already launched its second aircraft carrier, the Shangdong, and the Chinese are already starting work on a third aircraft carrier.”

As we reported earlier in these pages, China’s emerging Type 055 destroyer is also attracting attention and raising concerns from the U.S. DoD.

What do you think? Is the DoD right to be concerned with China’s naval buildup? What countermeasures do you think the US should be taking? In open conflict between the US and China, who do you think would be the victor? Please reply using the comments below.

Previous: Keeping Up with the Kardashians Ends After 20 Seasons
Next: Meeting Extraterrestrials – Is COVID-19 Preparing Us?