Home » Uncategorized » Jerry Nadler Has An Accident on Live TV? 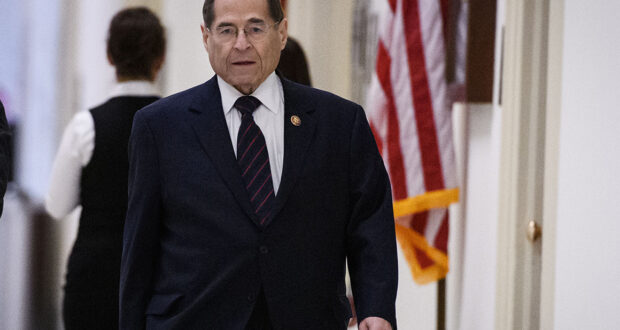 Jerry Nadler Has An Accident on Live TV?

Yeah, sorry, I have to put the daggers away for just a second. I know we are in the final stages of a presidential election. I know we have a SCOTUS fight ahead of us. But we have to settle right now whether or not Rep. Jerry Nadler has an accident on live TV. Seriously, have you seen the clip?

The New York representative looks like he straight-up ‘sharted’ and tried to get away as quickly as possible without evidence of his accident spilling into the public view.

Better Take a Bathroom Break Before You’re on Live TV

The footage looks like something really bad happened and Jerry Nadler (D-NY) tried to scurry off as quickly as possible before anyone noticed, but there is no way no one else noticed obviously.

First, he is standing right there next to Nancy Pelosi. Second, he is a top Democrat, chair of the House Judiciary Committee. And third, he is front and center at the speaker’s presser. That shuffle is not going to fool anyone. There is no covert slide away from the Speaker of the House, no matter the situation. Also, we all know that’s not how you walk, sir.

Look, I know it’s Thursday morning. You probably didn’t expect this during your morning cup of coffee, but I think there is a good possibility that Jerry Nadler has an accident on live TV and tosses those pants into the furnace. We have a new ‘poopgate.’

Is this worth a special counsel? Well, given how absurd the Trump-Russia collusion myth was—it is definitely possible. Look, crazy things happen when people have to go. In Oklahoma, a woman actually led police on a high-speed chase because she had to take the Browns to the Super Bowl.

It is a nice little break from the endless stream of stories that have made 2020 scarily entertaining.

Previous: J.K. Rowling Accused of Being Transphobic and Islamophobic
Next: Donald Trump is Not a Fan of Meghan Markle