Home » Politics » Obama Is To Blame For Trump’s Tax Breaks 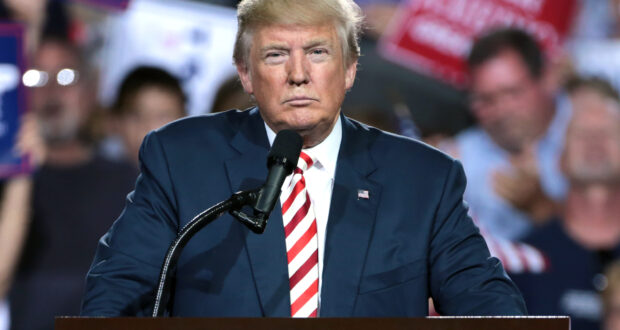 Obama Is To Blame For Trump’s Tax Breaks

Trump’s tax documents are a trending issue, especially with the upcoming election. Under tax laws in effect during Barack Obama’s presidency, Donald Trump paid no federal income tax for the years 2011 to 2014. He paid $750 for 2016, the year he was elected president, according to recent New York Times reports. Overall, Trump paid no federal income taxes for 10 of the 15 years before he was elected, The Times reported.

Trump Is Not the Only Culprit

Like Trump, millionaires and billionaires pay very little or no taxes in a complex tax system under laws passed by Democrats and Republicans. Administrations of both parties enacted such laws. Democrats controlled both the Senate and the House of Representatives for the first two years of Obama’s presidency.

A tax policy expert said the mega-rich know how to play the game. “They have a lot of options for playing the tax code. The president may have been very aggressive in his use of them,” Eugene Steuerle told Newsweek. Steuerle is the co-founder of the Urban-Brookings Tax Policy Center. “Some things he might not, with a detailed audit, get away with, but I’m guessing a lot of other people do get away with, such as the extent to which you can effectively write off personal expenses as a business deduction. For the president, whether it’s his haircuts or trips to the golf courses.”

Sometimes, the bigger the deduction, the easier it is to justify.

How Are They Getting Away with It?

“The really big ways that people like Donald Trump avoid taxes often are quite legal,” Steurle said. He added that avoiding paying taxes using accounting methods allowed in the tax code is legal. However, evading taxes, not paying what’s owed to the government, is not legal.

Trump also took advantage of the tax laws in effect during the presidency of George W. Bush. For 10 of the 15 years from 2000 to 2015, Trump paid no federal income taxes. Alan Garten, a lawyer for the Trump Organization, disputed that claim. Trump is the sole owner of The Trump Organization. It is a conglomerate of about 500 companies in the Trump family empire. The president’s grandmother and father started it in the 1920s.

Real estate developers fall into a category of their own, enjoying exemptions and other tax code provisions on capital gains.  This allows them to avoid paying federal income taxes, Steuerle said. “While owners of corporations do often pay corporate income tax, large real estate owners have long been close to exempt from both corporate and individual taxation,” he added.

They could perhaps be a big win later, as expenses are deducted for the year the money is spent. However, capital gains taxes aren’t paid until much later, if at all, Steuerle said.

There Are Bigger Issues at Hand

The revelations about Trump’s taxes, Steuerle said, have put a spotlight on much broader policy problems. Issues like taxes on income from assets rather than work, bankruptcy policy that allows people to “play games” over time, and monetary policy with very low interest rates that has protected very inefficient investments while influencing economic growth.

“Whether the president also engaged in illegal practices along the way is only a small part of this story,” “Steurle said. “And undue focus on his personal behavior may give Congress yet another reprieve from addressing the broader policy issues,” he added.

The entire tax code needs to be re-examined, not just the provisions that make it easy for wealthy people to pay very low income taxes,” said Chuck Marr. Marr is the senior director of federal tax policy at the Center on Budget and Policy Priorities (CBPP). But he said they need to go beyond increasing funding for IRS operations and enforcement. They need to rebuild the agency in a multi-year effort.

“It’s clear that after 10 years of devastating budget cuts, the IRS is not in a position to play the role it needs to play,” Marr told Newsweek. “The people who do the most complex audits, there’s so few of them. Their numbers are back to where they were in the 1950s.”

In addition to high-income individuals escaping taxes, Fortune 500 companies and other large corporations often avoid paying federal income taxes. This benefits their large investors and small shareholders who own tiny parts of companies. They acquire ownership either directly through stock bought in the markets, or indirectly through mutual funds or 401(k)s.

In 2018, Netflix had $856 million in income and paid no federal or state income taxes. But it still qualified for a $22 million federal tax rebate. They earned the rebate using legal tax breaks for certain stock transactions, according to the Institute on Taxation and Economic Policy (ITEP).

Amazon reported $10.8 billion in U.S. income in 2018. They claimed a federal income tax rebate of $129 million for that year. They used a provision in tax law, while paying no federal income taxes, according to ITEP.

Previous: Rush Limbaugh rips ‘The Rock’ for Biden endorsement: ‘Sold his show to China’
Next: Next Trump and Biden debate rules to change